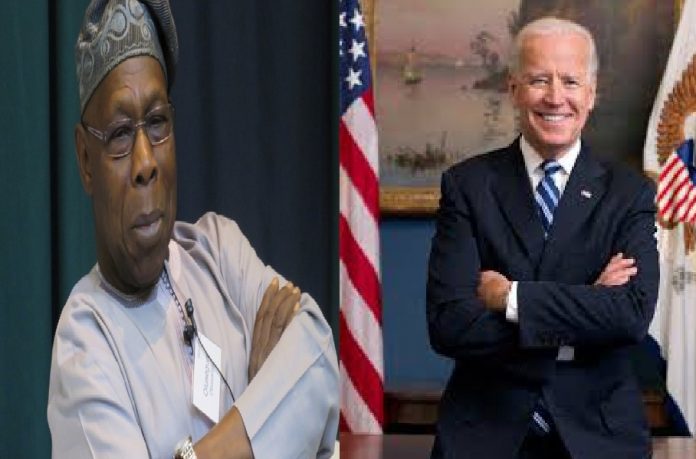 Former Nigeria President, Olusegun Obasanjo, has congratulated US President-elect, Joe Biden and VP-elect, Kamala Harris.
Obasanjo, in his congratulatory letter, described Biden’s victory as good over evil.
He further stated that the victory was not for the President-elect and the people of America alone, but victory for most people of the world, a majority whom watched helplessly.
He urged the President-elect to restore confidence in the role of America as the largest economy in the world.
See copy of letter here: 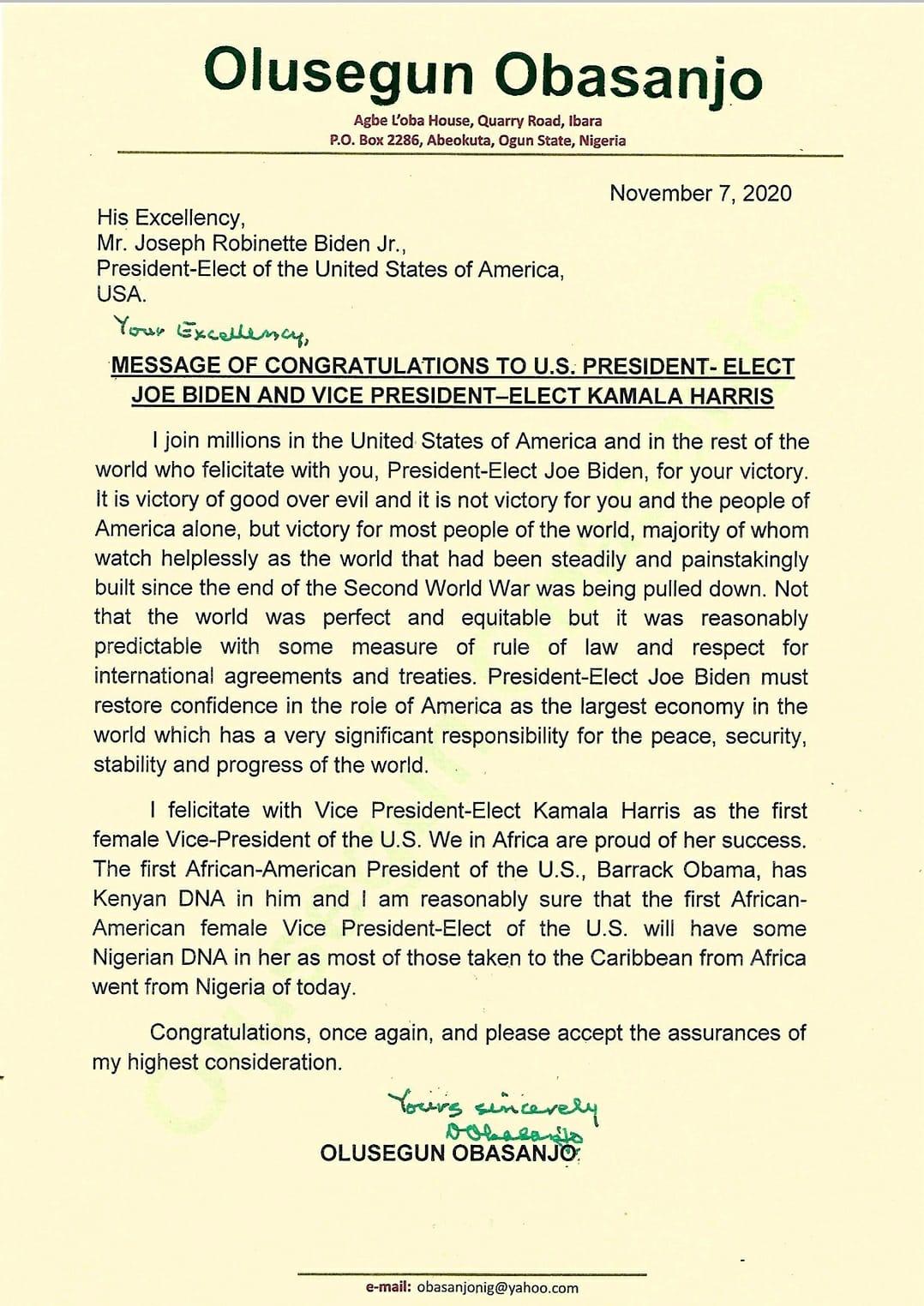 Bewitching Chidinma and this Water Bottle generation, By Festus Adedayo

State Governors give May as commencement date for financial autonomy for...

Becoming Head of State at 31 not planned, it just happened...