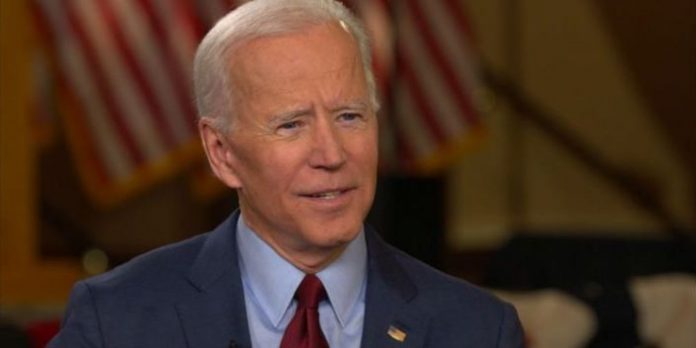 Former President Barack Obama, who has remained neutral for the entirety of the 2020 Democratic primary, endorsed his former vice president, Joe Biden, on Tuesday. “I’m so proud to endorse Joe Biden for president of the United States,” Obama said in a nearly 12-minute video statement. “Choosing Joe to be my vice president was one of the best decisions I ever made, and he became a close friend. And I believe Joe has all the qualities we need in a president right now.”

Obama had stayed mum on endorsing a candidate throughout the Democratic primary, feeling that voters must be the ones to pick the nominee. But with Sen. Bernie Sanders suspending his campaign last week, the primary election has effectively come to an end and Biden is now the presumptive Democratic nominee.

There have been questions for months about when or if Obama would weigh in on the 2020 Democratic primary, especially during the early state primary and caucus contests in which Biden placed lower than anticipated.

Obama, who tied with President Donald Trump for the most admired man in America in a Gallup poll this year, is also the most popular Democrat, according to YouGov. He had large support among young voters, a group that Biden has struggled with throughout the primary cycle. Obama’s endorsement could help the former vice president grow support among that voting bloc, and also help with young-voter turnout.

According to polling and election data, Biden has overwhelming support from black voters. Some black voters pointed to his history of support for their community and his relationship with Obama. Biden has also received the endorsement of several iconic black leaders, such as Rep. Jim Clyburn and civil rights icon Rep. John Lewis.

“I know Joe Biden as a man of character and dignity,” Lewis said in his endorsement statement. “A man who cannot, and will not rest when he sees injustice in our American home.

Biden throughout the campaign has invoked Obama’s legacy, noting that he would build on the Affordable Care Act, colloquially called Obamacare. The health care legislation is often cited as one of the former president’s biggest accomplishments while in office.

Most recently, Biden has touted his and Obama’s efforts to keep the Ebola outbreak from overwhelming the country as the United States reels from the coronavirus pandemic.

While on the campaign trail, Biden has noted how he was still in contact with the former president. Biden said during a recent virtual fundraiser that he turned to Obama for advice on choosing a vice presidential candidate, according to a pool report of the event. Biden said Obama told him to find someone who has experience where the former vice president is lacking, a dynamic that worked well between the two.

“And so I’m going to need a woman vice president who has the capacity, has strengths where I have weaknesses,” Biden said during remarks at the virtual fundraiser, according to the pool report.

But this will not be the first time Obama has spoken out during the 2020 primary election. In March, Obama demanded South Carolina television stations and a pro-Trump group stop airing an advertisement that used his voice to attack Biden.

The ad, aired by the Committee to Defend the President super PAC, includes audio of Obama reading from his memoir, “Dreams From My Father,” about Democrats who only court black voters at election time. But in the book, Obama is paraphrasing the words of someone else.

Obama spokeswoman Katie Hill, in a statement at the time, called the ad “despicable.” “President Obama has several friends in this race, including, of course, his own esteemed Vice President,” she said in the statement.

Trump also has questioned why Obama didn’t endorse Biden early on in the campaign. “I don’t know why President Obama hasn’t supported Joe Biden a long time ago,” Trump said at a recent coronavirus briefing, claiming that Obama “feels something is wrong.”

Yoruba actor, Baba Ijesa may be released on Friday

Coronavirus: Africa will not be testing ground for vaccine-says WHO