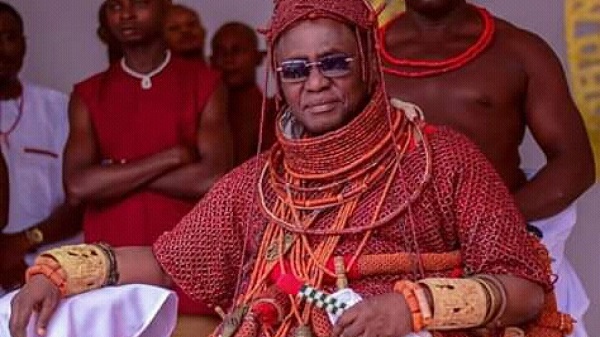 He sits, speaks and treads with a candour I am still searching for the right word or phrase to situate. Men cower in his presence and women differ to his being and children look at him in awe. And when it is time for him to ascend the higher realm, all we hear is that “the leopard is ill in the Savannah Bush” and we dare not ask what that means.

The Oba of Benin stool is not about who is on it, it is not about the person’s age or education or any other thing, but the stool itself. The stool is the most important and once you sit on it, you command the sort of authority the people have made sure we are yet to see in any other monarch in Nigeria. It is one stool in which the occupant is groomed from birth and availed the best of traditional and modern education.

If I had any doubt about the place of the Oba of Benin, it vanished last week when the Oba summoned politicians and political godfathers in Edo State to his Palace and, like obedient servants, they all went with their hands tucked at their back. I am still wondering who else can pull that off easily. I will tell you when I come up with one.

Some of the men before Ewuare II have armed thugs, who the monarch was afraid would later hide the guns and use them to rob and assassinate people; and several of them have been involved in acts making Edo State a laughing stock. The monarch had their ears and he minced no words with them on their ignoble roles in the run-up to the September 19 governorship election. His plea: Do not turn Benin into a city of thugs.

To those seeking shelter under the umbrella, he made aware how tattered they have become, and to those who find comfort sweeping with their brooms, he bravely told how disappointing they have turned out.

Ewuare II gave it to them raw. He let it be known that all of them have disappointed him by directly or indirectly supporting violence. He told them to show respect to the traditional institution without lip service. He said he expected ex-Governor John Odigie-Oyegun to call both sides to a ceasefire, adding that he would hold him responsible if he failed to use his elder-statesmanship status to stop the violence in Edo State.

And to the one he used to call son but betrayed his confidence, he looked him straight in the face and declared: “I am not sure I will call (Phillip) Shaibu my son again, because of the way he (Shaibu) is going. Shaibu refused to honour his assurances to me. You do not say something to me and you go against it. Shaibu, behave yourself. Calm down. I learnt you control thugs. Tell your boys to a ceasefire and drop their arms. Let your boys calm down. Must it be a do-or-die affair? Do not turn Benin into a city of thugs. Do not kill yourselves because of public office. Stop the shootings. I am very sad about what is happening in Edo State. This is the worst scenario. Let us eschew violence and give peace a chance.”

Shaibu said: “I will do as you have directed, by telling my boys to calm down.”

At a point, Ize-Iyamu walked up to Obaseki, embraced him and described him as his elder brother.

The monarch shared interesting insights about how Godwin Obaseki became governor. One, some royal members of Obaseki’s family close to the palace were against the decision; two, he had pleaded with Adams Oshiomhole to propose but not impose a successor; three, he refused to give an opinion after Oshiomhole informed him of his choice; four, three weeks after telling the monarch Obaseki was his choice, Oshiomhole came back to the palace and wanted to know the monarch’s opinion but the Oba did not give any because Oshiomhole’s decision on Obaseki was not a proposal, but an imposition; five, Oshiomhole invited Africa’s richest man Alhaji Aliko Dangote to speak with the monarch on his choice of Obaseki. Dangote came and spoke with the Oba on Obaseki for over one hour, but the Oba kept quiet. Oshiomhole and Obaseki also visited him in Uselu, but he still kept quiet; and six, Dangote stood as a guarantor for Obaseki to be of good behaviour and that if Obaseki misbehaved, the monarch should contact him and still the Oba kept quiet.

Obaseki, of course, became governor. What started as a smooth ride, turned to an unprecedented conflict. The Oba tried to intervene several times. He even went to President Muhammadu Buhari over the matter. He said both of them started avoiding him. Oshiomhole succeeded in frustrating Obaseki out of the All Progressives Congress (APC). He threw his weight behind Pastor Osagie Ize-Iyamu, who he vilified in 2016 because of Obaseki. Now Ize-Iyamu is the APC governorship candidate and Obaseki is the PDP candidate: a reversal of role for both men.

Ambition can be very toxic. Though they respected the monarch by obeying his summons, these men have returned to the trenches after leaving the palace. It is the season of lies. This season really started months back; it is getting worse now. The airwaves, online, offline, and so on, are seeing men and women—old and young—telling barefaced lies and keeping a straight face. And even when they are caught, they explain away everything as part of the game of politics. Everything is fair in war, they say.

Men are shedding crocodile tears on national television claiming it is because of the love for the people. Ghosts are being exhumed. Green is being called black. White is turning brown. And conscience is no longer an open wound, which only truth, according to Uthman Dan Fodio, can heal. No time but now is Femi Anikulapo-Kuti’s song ‘Truth don die o’ more relevant.

The monarch’s message is succinct: Until we are ready to follow the best democratic practices, we will just be deceiving ourselves. We will continue to lag behind in the comity of nations; we will continue to play second fiddle; and we will remain static while deceiving ourselves that we are on the march. Nothing more proves this than the circus going on all in the name of the electioneering campaign in Edo.

Mark to government: Let’s change narrative to inspire citizens in 2021