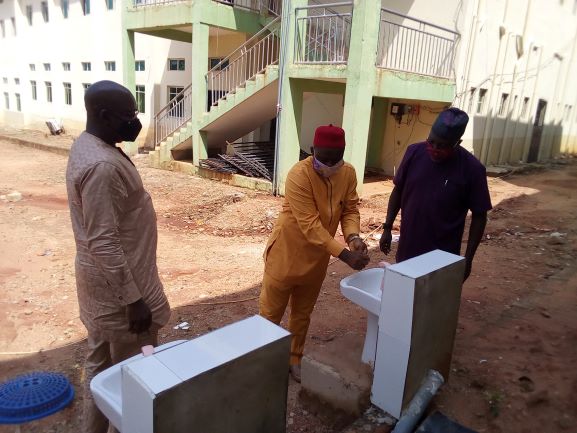 The National Youth Service Corps (NYSC) has said that the permanent orientation camp in Anambra is fit for activities ahead of the  planned mobilisation of corps members.

Alhaji Ahmed Ikaka, the Director of NYSC in South East Area Office, said this when he visited the camp in Mbaukwu/Umuawulu on Tuesday.

Ikaka had been on tour of the various orientation camps in the zone.

Ikaka who was conducted round the camp by Mr Kehinde Aremu, the Coordinator of NYSC in Anambra, said that he was impressed with the readiness of the orientation camp for the Post-COVID-19 activities.

He commended the coordinator and his team for putting in place hand wash and medical facilities in the camp.

It would be recalled that the camp was one of those designated as COVID-19 Isolation Centres that were equipped by the Anambra government.

Ikaka said that the NYSC would not compromise the standard safety protocols as prescribed by the NCDC and the state task force on COVID-19.

He warned that camps that have not been fully fenced would not be opened as such lapses there would not make for effective control of movements in and out of them.

“I am impressed with what I have seen in camp here.

“’We are getting ready to reopen the camp and we need to put some things in place because of COVID-19 pandemic which the whole world is battling with.

“I will say Anambra is ready.

“The beds are well spaced to ensure physical distancing. There are hand washing points and running water all over the premises.

“We are good to go for resumption of orientation activities, it is a new camp.

“Some things such as landscaping are not in place. But we are working on them and that will not affect our activities,” he said.

Ikaka said that there would be reduction in the number of corps members that would come to camp at a time while assuring the public that the state would get its quota.

According to him, it means we will have increased streams in order not to congest the place.

He added, “The Chairman of the NYSC Governing Board has assured us that the materials for the  isolation centre that are still  here will be evacuated before the resumption of orientation programme.

“But the centre is also part of the proactive measures here considering that much cases were not recorded here.”

Earlier, Prof. Theresa Obiekezie, the Commissioner for Youth Empowerment and Creative Economy, said that Anambra government would do its best to ensure that activities resume at the orientation camp in the state without hitches.

Obiekezie, also the Chairman of the NYSC Governing Board said, “before now we have been working to get the camp ready before the arrival of the new corps members.

“’What is important is that everything will be in order before activities resume at the orientation camp.