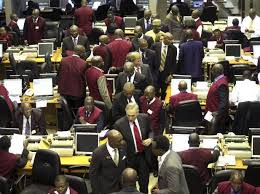 The News Agency of Nigeria, (NAN) reports that this was against 27,085.69 mark achieved at close of business on Thursday.

An analysis of Forte Oil recorded the highest loss to lead the losers’ table, declining by N1.60 to close at N14.80 per share.

Conversely, Unilever led the gainers’ table with a gain of N2.05 to close at N26.70 per share.

With invasion, African students in Ukraine, Russia, get lesson in anxiety

It is unfair to say Buhari ignores victims of attacks in...

Still smarting from a Valentine ruined by adulterated fuel, Nigerians have...