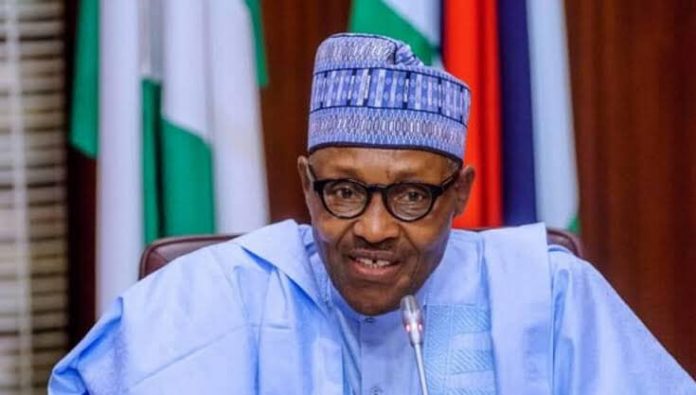 President Muhammadu Buhari on Tuesday praised the board, management and staff members of the Nigeria Police Force (NPF) Pensions Limited for services rendered to Nigerian police officers and the overall development of the country.

The president said the achievements the Pension Fund Administrator (PFA) had recorded in the six years it had been in operation were impressive.

President Buhari spoke while inaugurating the ultra-modern five-storey building that would henceforth serve as the corporate headquarters of the PFA.

Describing the inauguration of the project – NPF Pensions House – as a “significant milestone for the nation’s pension industry,” the president said the building, “the first to be purpose-built by a Pension Fund Administrator,” was even more significant because the project was executed by indigenous contractors.

Licensed under the Pension Reform Act (PRA 2014) by the Nigerian Pension Commission (PenCom), NPF Pensions was a child of necessity created to meet the distinctive needs of the personnel of the Nigeria Police Force.

Buhari said the PFA had delivered on its vision “to be the benchmark in Pension Fund Administration in Nigeria,” in six short years.

According to him, “It is noteworthy that for a company that is just six years old, to have achieved this magnificent, befitting edifice, utilizing only its internally-generated revenue, and using a wholly indigenous contractor, shows that our efforts in driving fiscal discipline and encouraging patronage of local firms is yielding the desired results.

“I was impressed to learn that since commencement of the building project, work never stopped on site, except during the Coronavirus lockdown period. This showed the commitment of both the client and the contractor towards achieving this edifice within the set out timeline.”

Beyond the building project, the president was also full of praises for the role the PFA is playing in improving the welfare of police officers, serving and retired.

NPF Pensions is the only PFA doling out such largesse.

“I wish to applaud your company for instituting a Retirees Resettlement Support Scheme through which you provide some form of financial support to retired police officers to enable them to resettle fully in retirement after meritoriously serving the nation,” the president said.

“Taking your services to the doorstep of police officers by maintaining an office in each police command and formation is also very laudable.

“I urge you to continue your untiring efforts in collaborating with the police authorities towards improving the welfare of both serving and retired personnel of the Nigeria Police Force,” he stated.

Buhari assured that the government will continue to support the police in their effort at fighting and addressing the emerging internal security challenges and also enhance “the welfare of their personnel through the Pension Fund Administrator.”

“In order to fully accomplish the purpose of setting up the scheme, I urge the National Pension Commission (PenCom), the police authorities and Nigeria Police Force Pensions Limited to maintain their concerted efforts especially towards achieving improved welfare for the police personnel,” the President who doubles as chairman of the Police Council said.

The Managing Director of NPF Pensions, Dr Hamza Bokki, said the NPF Pensions House was “a gift from the police to the nation.”

In his welcome address, the chairman of the board of directors, IGP Suleiman Abba (retd), who said “the building which covers about 6,300 square meters in total floor area was started in November 2016 by an indigenous construction and design company, Lubell Nigeria Limited, and completed in 40 months, emphasized that the complex was built according to the highest safety standards as prescribed by the Federal Capital Development Authority (FCDA) with over 2,000 man-labour.”

The five-storey building with a pent-house and a basement not only has the capacity to fully accommodate the entire workforce of NPF Pensions Limited and meet its future expansion needs but also houses the Nigeria Police Trust Fund in furtherance of its quest to support the welfare of police officers.

The Inspector General of Police, Mohammed Adamu, also commended the board and management of the PFA assuring them of institutional support that would enhance the welfare of policemen, serving or retired.

Describing the NPF Pensions as one of the most successful companies to be established in the Nigeria Police Force, the IG reiterated, “The Company has within its six years of existence placed the footprint of the Police Force in the Pension Industry.”

Commending the board and management of the company “for achieving this feat which testifies to their capacity for efficient and prudent management of its resources,” he assured them that  “with the commissioning of this magnificent building, there is a renewed impetus to render quality service that will guarantee improved welfare to all serving officers and retirees.”

“I also want to re-affirm our continued support to the Nigeria Police Pensions Limited as they strive to fulfill their corporate objectives,” he added.

While the president did the inauguration virtually from the presidential villa, the Minister of Police Affairs, Muhammad Dingyadi, cut the tape to declare the building open in situ.

NIS moves to a new office complex in Sokoto

WHO: No approved vaccine yet in Nigeria for COVID-19

Osaro Onaiwu and his Hyperbole, By Michael Ovienmhada

Buhari condoles with ex-minister, Aisha, over her eldest son’s death