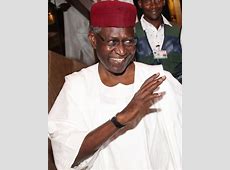 To address challenges of gas constraints in the nation’s industrial and power sectors, the Nigerian National Petroleum Corporation (NNPC), has said it will continue to expand and integrate gas pipeline network systems to meet domestic demand.

According to NNPC, its ongoing reforms will include transformation from a traditional oil and gas entity into an integrated energy outfit with interest in power generation and transmission.

Speaking at the NNPC special day at the ongoing Lagos International Trade Fair, the Group Managing Director of the Corporation, Mele Kyari, said the decision to diversify into the power sector is hinged on the need to bridge the huge energy gap in Nigeria.

Kyari, who was represented by the Managing Director, ​​​National Engineering & Technical Company Limited​​ (NETCO)​, a subsidiary of NNPC, Mrs Catherine Ngozi Iheme, said the move has made the Corporation intensify bio-fuels development through partnership with core investors to create low-carbon economy, and link oil and gas to the agricultural sector.

“To sustain this role, NNPC’s approach through the years is ensuring value addition by increasing competitiveness in the global marketplace. Towards this end, significant progress has been recorded in the execution of some key on-going gas pipeline infrastructure projects like the Escravos Lagos Pipelines System (ELPs II) and the OB3, among other gas infrastructure projects.

“Before now, the corporation had also completed the repair of the vandalised 20-inch ELPS-A pipeline, thereby ensuring gas supply to gas-fired power plants and also supply into the West African Gas Pipeline,” he added.

On his part, the President of the Lagos Chamber of Commerce and Industry (LCCI), Babatunde Ruwase, urged the Corporation to re-jig the oil and gas sector to make it globally competitive.

Ruwase, represented by the chamber’s Deputy President, Mrs. Toki Mabogunje, noted that the protracted delay in the passage of the Petroleum Industry Bill (PIB), and weak commitment to the oil and gas sector reform continue to stifle investment in the upstream and downstream segments.

“Enabling reforms are necessary to cut an end to the protracted problem of petroleum subsidy and the phenomenon of the under-recovery that currently imposes huge burden on government finances.

“Implementing necessary oil and gas sector reforms is key to unlocking the vast potential in the sector for investment, jobs, revenue, backward integration, and economic diversification,” he added.

Unwholesome resort to consensus for producing candidates for 2023 elections, By...