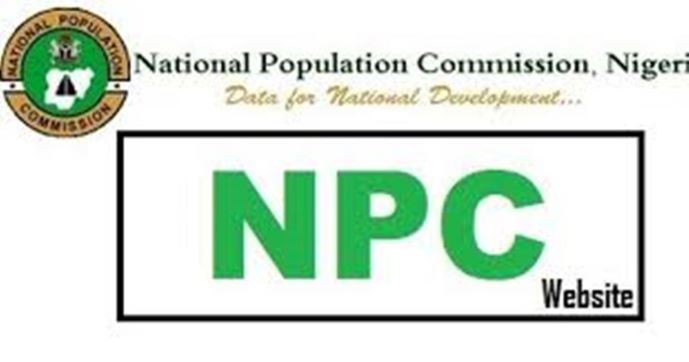 The National Population Commission (NPC) will commence enumeration area demarcation exercise in 25 states of the federation and 36 local government areas, including Enugu State.

The governor was represented by his deputy, Mrs Cecilia Ezeilo, on Friday in  her office.

He said that the exercise would take place in Enugu East Local Government Area from October 5 to 29.

According to him, “Enumeration Area Demarcation (EAD) is the process of dividing the entire land area of the country, including states and local government areas into small (mutually exclusive) geographical area and demographical units called Enumeration Areas (EAs).

“The maps that are generated thereto are called Enumeration Area (EA) Maps. The units comprise specified numbers of persons and households, which a team of enumeration can cover during a census.

“The success, credibility, acceptability and authenticity of any census in the State is dependent upon how well enumeration area demarcation exercise is prosecuted.

“It is instructive to state that Enumeration Area Demarcation is a painstakingly exercise which requires that the demarcators be adequately motivated so as to have that level of patience that will enable them to generate the required number of enumeration area from a specific locality.”

He stated further: “Where this adequate motivation is lacking the tendency is for the demarcators to large the enumeration area in a specific locality and leave that locality for other locality.

“However, because of the magnitude of urbanization experienced in Enugu between 1991 and 2005, the Cartography Unit in the National population commission, Enugu earlier on projected that the 2005/2006 EAD exercise would produce about 15,000 EA maps in Enugu state.

“Thus when the 2006 census result gave Enugu State a population of 3,267,837. We in the national population Commission felt that Enugu State has been shortchanged in it’s real census figure.

“The blame goes to the moderate number of EX maps generated due to inadequate support gotten from the state government.”

The Federal commissioner said that the exercise faced numerous challenges, which included inadequate sensitisation of the citizens.

He appealed to the state government to ”assist in the area of sensitization of Enugu State citizenry. ”

He also urged governnent to assist in the  provision of logistics for the Enugu State office of the National Population Commission.

Ezeh said the gains of enumeration area demarcation for Enugu State included: provision of necessary geographic frame that would enable census to be conducted in the entire Enugu State,  provision of basic data for planning and administration purpose, among others.

“Our federal system would go a long way to bring the much-needed and desired socio-economic development to the State and it’s very good people.

”The constitutional and statutory mandate of the National Population Commission is obviously very vital in the management of every aspect of our national life as the government depends on the outcome of its activities to undertake appropriate measures to control the growth of the population and to accelerate the development of the economy.

“Poor population growth management would also lead to shortages of basic services, just as security and law and other problems, plus human habitat degradation and deteriorating misery indices.

”The truth is that the nation, and every part of it needs the positive outcome of the work of the commission, for proper guidance in governance , planning and implementation.”

The Deputy governor assured the NPC that the state governmentwould  give it all the necessary support needed to perform its duties in the state.

She added: “Our citizens and residents will also be adequately sensitised and mobilised for the exercise to ensure its success”.