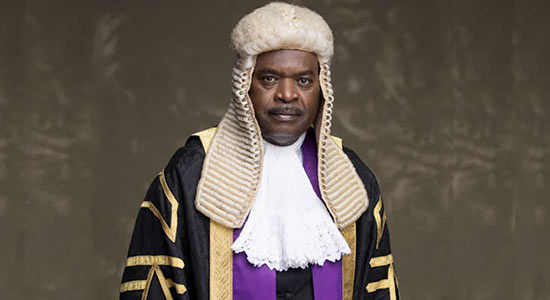 This was disclosed in the results of the election which was concluded on Thursday and made available on the ICC website.

According to the results, Bello polled 12 votes–the second-lowest–only after Milandou Prosper, the nominee from The Republic of Congo, out of 117 in the first round of the election.

In the second round, Bello garnered only 5 votes out of 110 votes.

The ICC advisory committee on the nomination of judges had earlier ranked Bello low in October, giving the indication that he may not be selected in the final election.

Although the FCT chief judge has a master’s degree in international criminal law from Ahmadu Bello University, Zaria, the ICC said Bello lacked knowledge of the workings of the court.

Only Korner Joanna and Lordkipanidze Gocha, nominees of the United Kingdom and Georgia respectively, were elected judges out of the 18 candidates.

Six judges were supposed to be elected to fill one-third of the court’s 18 judicial seats. (TheNigerialawyer)

Warri Wolves advance to semi-finals of 2021 NPFL/La-Liga U-15 Promises Youth...

VP Osinbajo: We must find ways of doing more for MSMEs...