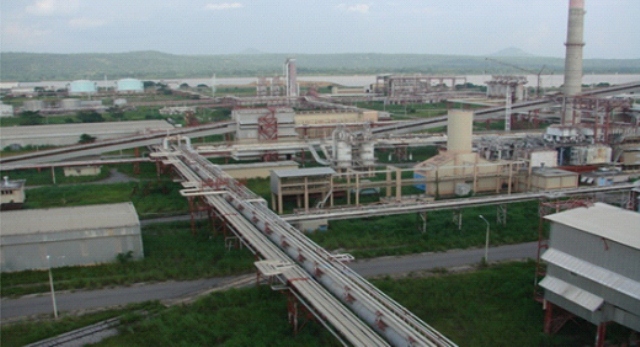 The Nigerian Government has raised fresh hopes of early commencement of full operations at the multi-billion Dollar Ajaokuta Steel Company, initiated and started by the Shehu shagari Administration in 1979.

The Initiators of  steel project had envisaged that it would be used to generate important upstream and downstream industrial and economic activities that are critical to the diversification of the Nigerian economy into an industrial one.

Built at a cost $4.6billion (about N385 billion), the Ajaokuta complex was abandoned by successive administrations even as the ambitious project is assumed to have reached over 90 per cent completion level.

In June 2017, the Sole Administrator of the company, Joseph Onobere, told journalists during a facility tour of the complex that only $400m was required to complete the project.

On Friday, however, the Minister of Mines and Steel Development, Olamilekan Adegbite, announced that the current Administration of President Muhammadu Buhari was working round the clock to ensure that project becomes fully operational in the next two years.

Adegbite, who made the projection  during a tour of the steel complex, commended the staff of the company for ensuring the security and maintenance of the facilities.

The minister said: “The plants are there and some of them are fully functional, the only reason Ajaokuta is still here is because the staff are being paid salaries over the years.

“They have not only ensured that the plants are here, they ensured their maintenance and functionality.”

He told the workers that though the workshops were functioning, the desire of the Federal Government was to upgrade the facility to manufacturing and production of materials for possible export.

Already, the Government had allocated N3.796 billion to the Steel Plant in the 2020 Budget and was counting on Russia to get the complex running optimally.

Just last month,  an agreement to revive the Ajaokuta project was reached at a meeting between President Muhammadu Buhari and Russian President Vladimir Putin on the sidelines of the Russia-Africa Summit which held in Sochi, Russia from October 23rd – 25th, 2019.

Adegbite also hinteds that the Government would collaborate with the African Export-Import Bank and the Russia Export Centre to ensure that the steel plant was rehabilitated for full capacity operations.

Nigeria’s rich deposit of iron ore, mostly in Kogi where the steel company is located, makes steel a viable target for government’s revenue campaign to develop other industries.

The plant, tagged “Bedrock of Nigeria’s Industrialisation’’, is also designed to produce iron and liquid steel from mines at Itakpe, in Kogi, some 52km from Ajaokuta. If operational, the steel plant could provide nearly a million jobs for unemployed Nigerians.

Adegbite said the Federal Government strives to diversify the nation’s economy to mining and steel sector.

He added that the revitalisation of Ajaokuta Steel Plant was of utmost concern to the Federal Government.

The minister also inspected the Captive Power Plant and the Permanent Water Intake which supplies water to the mills and other parts of the complex.

Mr Suru Babajide, the General Manager, Engineering Works and Services Department of the Steel Plant who conducted the minister round the facility, said the complex had heavy duty machines that could produce any kind of metal material.