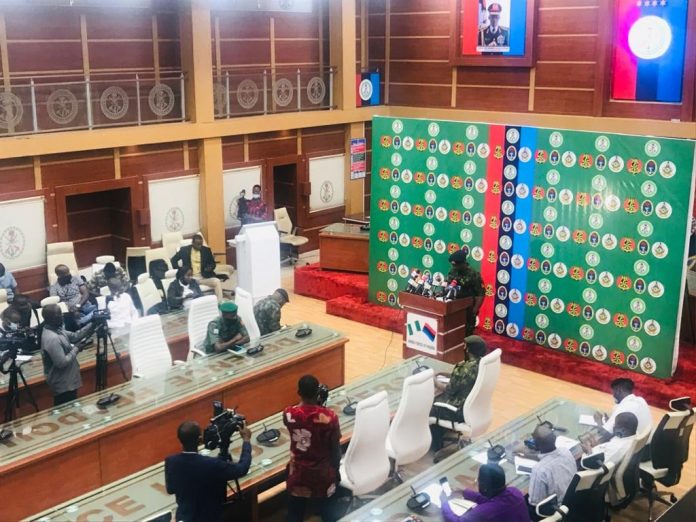 Troops of Operation DELTA SAFE have discovered and deactivated a total of 51 illegal refining sites/ bunkering sites, impounded vessels as well as other equipment and items used for illegal bunkering activities in Niger Delta.

This was disclosed on Thursday at press briefing held at Defence Headquarters by the Acting Director of Defence Information, Brigadier General Benard Onyeuko.

He added that 23 criminal elements were arrested and 73 rounds of 7.62mm ammunition, 5 cartridges, 2 AK-47 rifles, one double-barrel gun, one pump action gun and three locally-made pistols among other items were recovered in the course of the operations in the Zone.

Onyeuko said a total of 317,450 litres of illegally refined AGO, 8,000 litres of DPK and 159,000 litres of stolen crude were recovered in the course of the operations.

He said these were in addition to several other vehicles and boats loaded with sacks/polythene bags and jerry cans of illegally refined oil products and equipment used for illegal oil production as well as illicit drugs; impounded by troops within the period.

He said the troops continued to track illegal oil operations in the zone by conducting land, maritime and air patrols as well as raid operations on criminal enclaves.

Onyeuko said some criminal elements were also arrested at different villages in Nembe and Ekeremor Local Government Areas of Bayelsa State as well as Oron River and Calabar Metropolis in Cross River State.