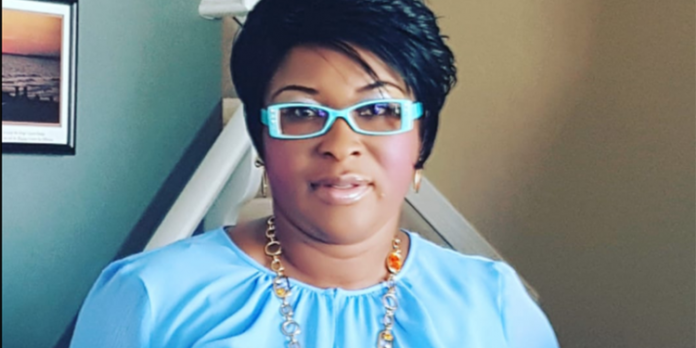 Wood’s Homes is a children’s mental health centre that provides treatment to children, youth and families.

Everyone at Wood’s Homes is deeply impacted by this recent tragedy. Our thoughts and prayers are with all involved including the victim’s family and our many staff,” said Wood’s Homes spokeswoman Sylvia MacIver.

“Debbie was a well-liked and well-respected colleague. She was hard-working and devoted to a career of helping. There are no words to describe the sadness our work family is feeling today.”

When police arrived at the scene, efforts were immediately provided to Onwu, but she later succumbed to her injuries. While an initial search of the residence didn’t turn up the suspect, one person was located and arrested downtown around 5 a.m.

Brandon Jacob Spencer Newman, 18, of Calgary, is charged with second-degree murder in Onwu’s death. Police said late Friday that he remains in custody and is to appear in court on Nov. 1.

Staff Sgt. Martin Schiavetta said the accused had been living at the facility for several weeks.

“She was providing assisted living care to the suspect,” Schiavetta told reporters Friday afternoon. “This was her place of employment.”

Wood’s Homes is working with the Calgary police and occupational health and safety during this investigation as well as providingcounselling support for all those affected in their organization, MacIver said.

The victim was found in this home in the area of Marda Loop-Bankview early Friday. Azin Ghaffari/Postmedia

The death is Calgary’s 16th homicide this year.

NBS: Telecoms Sector, others take Nigeria out of recession as sector...