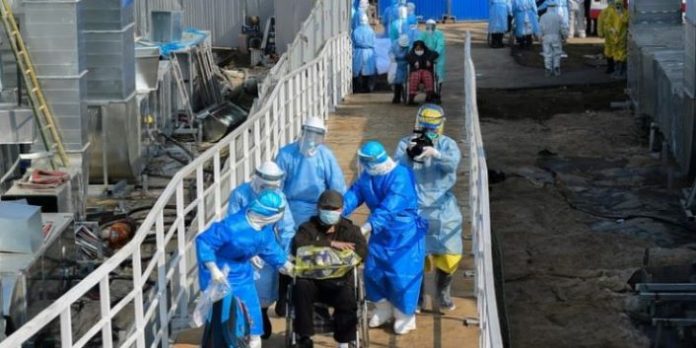 A Nigerian national, Dr. Olumide Okunuga, has died of Coronavirus in Canada.

The US-based blog Irohinoodua reported last night that Dr. Okunuga died of Coronavirus at the age of 63.

Okunuga, a pathologist and native of Ikenne Remo, in Ogun State, was the President of Egbe Omo Yoruba, Emila Romagna and Vice-President of Yoruba National Community in Italy.

Dr Okunuga was also a two-time Councillor for Modena in Italy where he had lived for 35 years. He was diagnosed to have contacted Coronavirus in Canada, a country which has recently been hit by the deadly virus.

Quoting sources, Irohinoodua said the remains of Dr. Okunuga were asked to be recognised from a distance by his daughter, Dr. Bolanle Okunuga, whose mother is a Caucasian of Italian origin.

Irohinoodua further quoted Canadian health officials as saying that Dr Okunuga’s body would not be released but had to be cremated.

“His death has left the Yoruba community in Italy totally devastated. We have lost a very great man who is in the apex of his career,” an official of the Egbe Omo Yoruba who does not wish to be named told the blog.

Also mourning Dr Odunuga, Mr Abiodun Gbadamosi, an official of Egbe Omo Yoruba in North America, said: “We lost a great man this weekend. He was an affectionate and decent man who lived for others through his meritorious services since he left Nigeria for Canada many years ago.

Abiodun: Ogun has spent billions of naira on COVID-19

Uprising in the east; uproar in the north – but Nigeria...