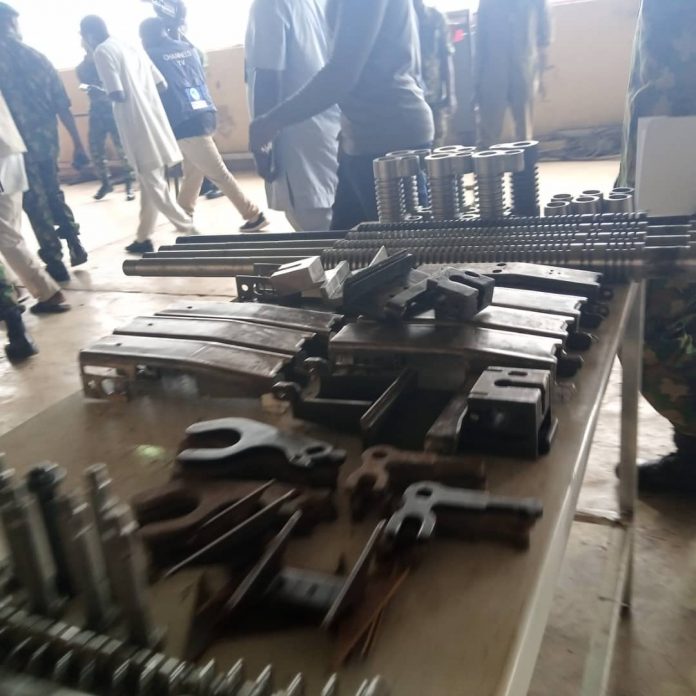 The Nigerian Army is gradually meeting some of its basic military requirements locally in the areas of armaments, lift capability, hard skin vehicles and tanks as well as troops’ carrying vehicles.

According to a statement by Acting Director, Army Public Relations, Col. Sagir Musa, this was in line with the local content policy of the federal government of Nigeria.

The Army spokesperson further stated that the production, retrofitting, refurbishment and repairs of different military hardwares came to the fore when the chief of Army Staff (COAS), Lt Gen Tukur Yusuf Buratai, visited the Command Engineering Depot, kaduna, on Thursday.

He said the COAS was represented by the Chief of Training and Operations of the Nigerian Army, Maj Gen Nuhu Angbazo, accompanied by the General Officer Commanding 1 Division Maj Gen Usman Mohammed.

Musa added that the COAS representative was conducted round the various specialized sections of the Depot where a lot of progress is being made in the areas of production of locally-made Conqueror Mines Resistant Ambush Protective Vehicles, (MRAPS) retrofitting and repairs of different guns and tanks, many of which have so far been manufactured, refurbished and inducted into the North East and North West Theatres of Operation in Borno, Yobe, katsina and Zamfara States.

He said during the tour, eight more units of Conqueror MRAPS had been completed and soon to be moved to the mission areas.

He said while at the depot, a lot of weapons repairs and retrofitting and repairs of anti-aircraft guns, general purpose machine guns and browning machine guns were on going, and were inspected by the Chief of Training and Operations of the Nigerian Army. 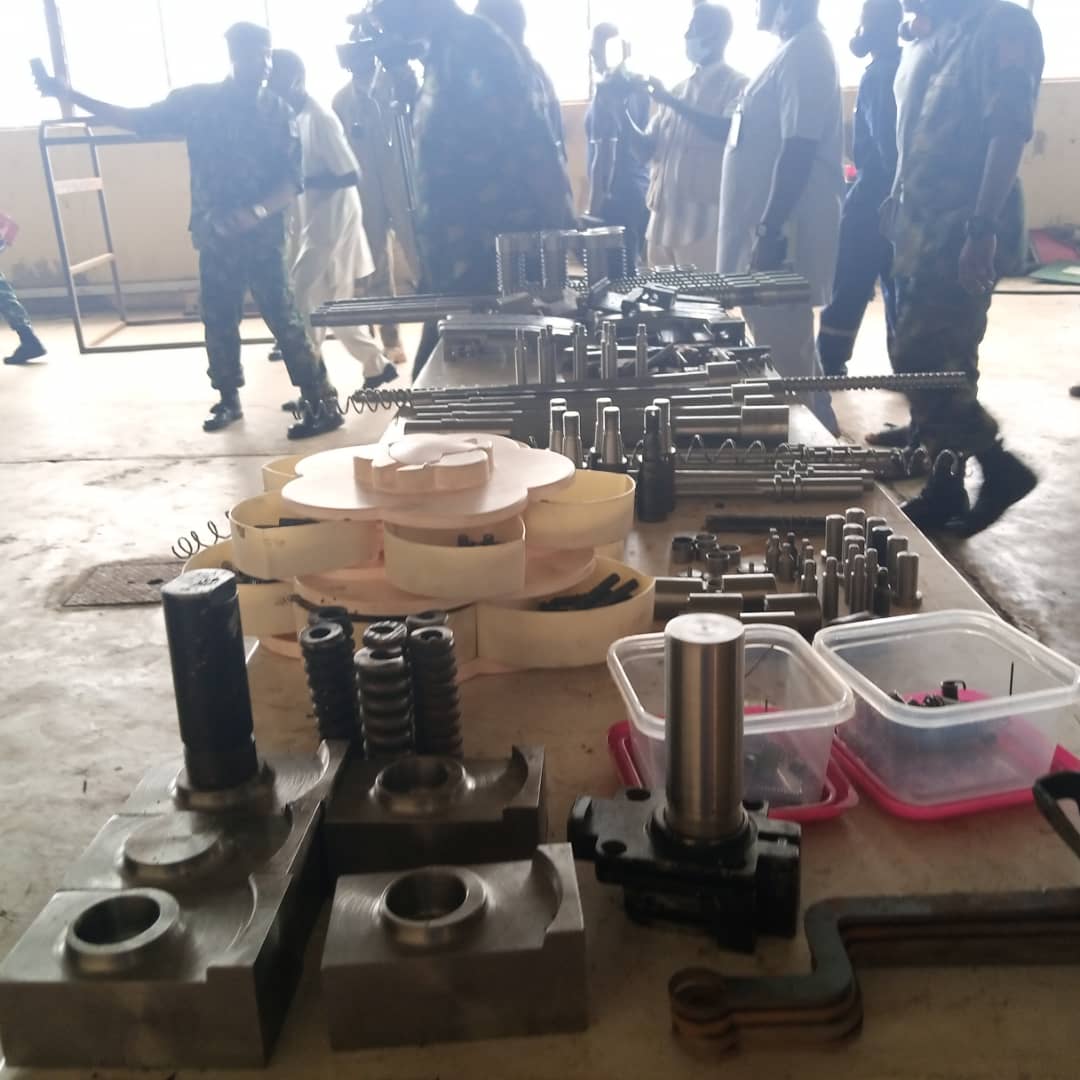 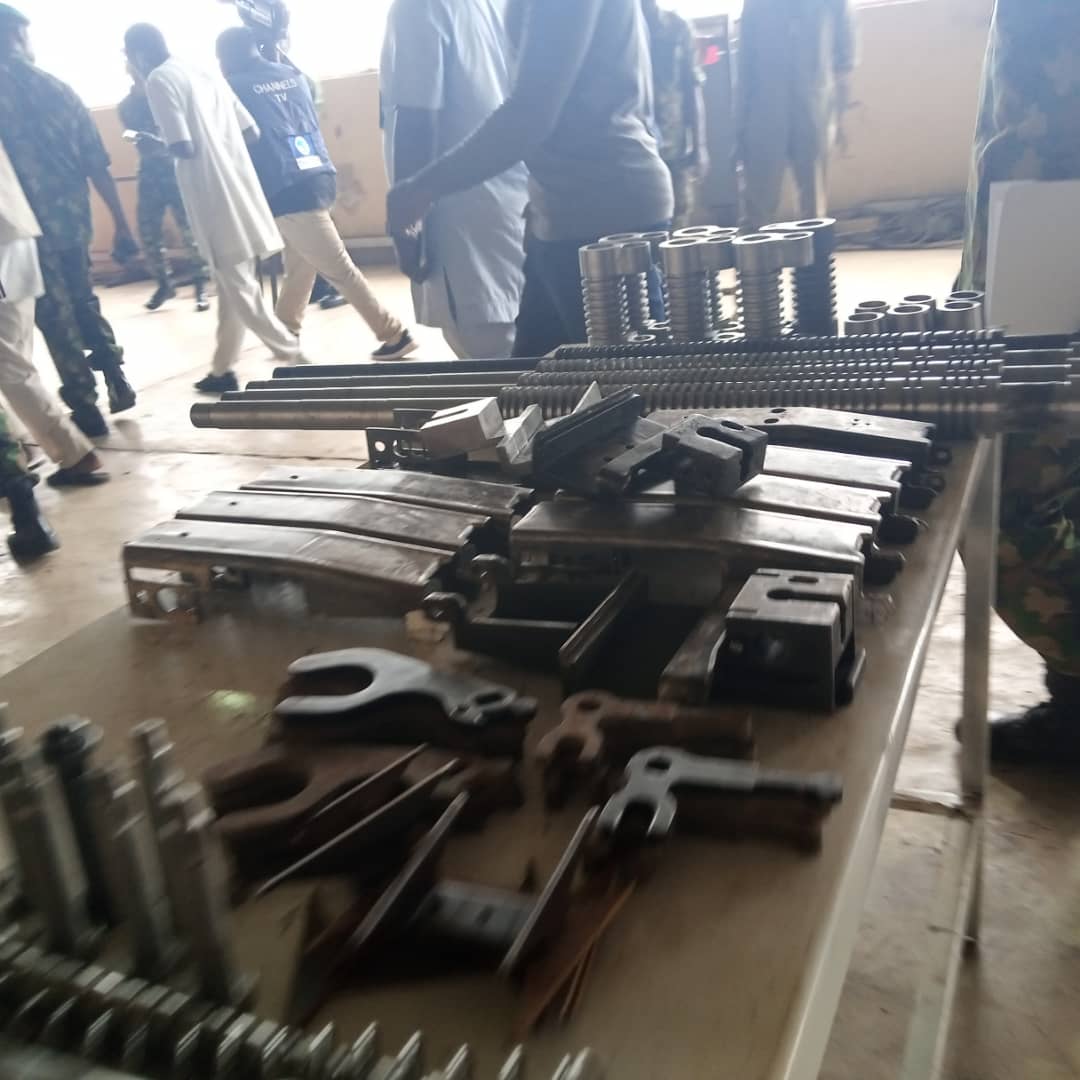 General Angbazo also toured the poundry section where the casting of spare parts is taking place.

He expressed satisfaction on the speedy and progressive development of the depot and enjoined the Commander, his staff officers and men as well as the civilian staff members to maintain the momentum and raise it to an enviable position.

He conveyed the commitment of the COAS to support the depot to meet its targets at all times.

The Commander of the Command Engineering Depot, Maj. Gen. S Araoye said: “Here we manufacture MRAPS; we produce different spare parts and are also at the final stages of coming out with unmanned vehicles to traverse difficult terrains and detect Improvised Explosives Devices.”

He further stated that all projects at the Depot are fully authorized and funded by the Chief of Army Staff.

He said that with precision equipment like laser cutter, the productions could be sped up at the Depot, adding that all their researches were guided by Federal Government policies.

Also inspected at the Depot were the newly constructed quarters for officers and men of the depot.

The SIMPLE Agenda: The lie Don Pedro told and the...