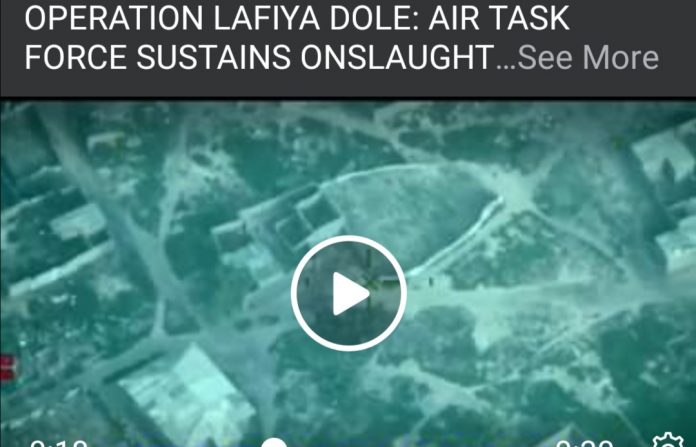 Enenche said following confirmatory Intelligence, Surveillance and Reconnaissance (ISR) missions, which showed presence of a sizable number of the ISWAP elements at designated locations in the settlement, the Air Task Force dispatched a force package of Nigerian Air Force (NAF) fighter jets to attack the location.

He added that the NAF Jets took turns in engaging the location scoring devastating hits on the designated targets leading to the destruction of the structures as well as the neutralization of several ISWAP fighters.

Coordinator Defence Media Operations said the Chief of the Air Staff, Air Marshal Sadique Abubakar, commends the Air Task Force for their dedication and professionalism and urges them to intensify the air offensive against the terrorists and all other criminal elements in the country.

NEMA distributes items to IDP camps, others in Borno

(THE CONCLAVE ANALYSIS) THE CBN-NESG SQUABBLE: ANOTHER VIEW

Pregnant and nursing mothers to get free healthcare in Borno