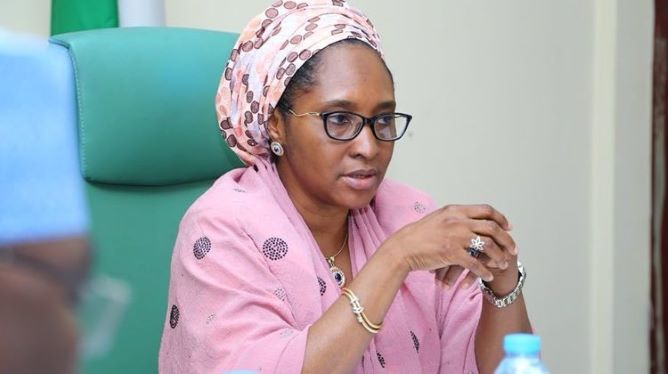 Nigeria has made projection for a N9.613trillion budget for 2021 as the government begins the process to meet the January-December budget cycle.
Minister of Finance, Budget and National Planning, Zainab Ahmed, stated this on Thursday while briefing the media after she presented a draft of the 2021-2023 Medium Term Expenditure Framework MTEF and Fiscal Strategy Paper FSP, to a virtual meeting of the National Economic Council presided over by Vice President Yemi Osinbajo.
The 2020 budget projection is higher than the reversed 2020 budget of N9.16trillion by about N453billion.
Mrs. Ahmed said that the presentation of the MTEF and FSP to the National Economic Council was one of the main consultations the Ministry of Finance, Budget and National Planning has to undertake before seeking the approval of the Federal Executive Council for the medium term plans of government.
Macro-economic environment.
The minister said that Nigeria’s macro-economic environment has been challenged and disrupted in the first half of the 2020 as a result of the fall in crude oil prices.
“Crude oil prices have declined and we have had to adjust our budget and medium term plans as a result.
“Also, another development that has affected us is the massive cuts that OPEC has imposed on OPEC members and OPEC allies to our crude oil production volume.
“So, our crude oil production level provided by OPEC is now 1.4m/b/d with 30,000b/d as condenses; so, a total of 1.7m/b/d”, she said.
•Keeping momentum
According to Mrs. Ahmed, the target of the ministry was to keep the momentum that has started to ensure that Nigeria meets January to December budget deadline.
She said that getting the MTEF done early was necessary because it has to form the framework for the budget.
Ahmed said the National Economic Council also discussed the gross revenue expected to accrue to the Federation Account, which is expected to be shared.
Please follow and like us:

Price of diesel in Nigeria rises by 175.92% in one year as government remains helpless

UK, US, other countries tell nationals to leave Ukraine

It is unfair to say Buhari ignores victims of attacks in...