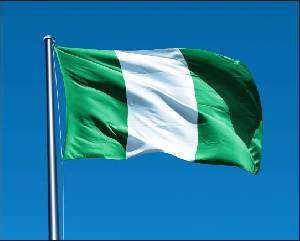 Nigeria needs a total of $350 billion to attain the Sustainable Development Goals (SDGs) by 2030 and has a current estimate of public sector gap of $100 billion, according to the 2019 National Demographic Health Survey (NDHS).

An Independent Development Consultant, Dr. Davis Omotola, while x-raying the findings of the national survey at a two-day media dialogue in Port Harcourt, Rivers State, organised by the Child Rights Information Bureau and the Federal Ministry of Information, in collaboration with UNICEF in Port Harcourt, the Rivers State capital, noted that the survey showed that poverty was on the increase due to population explosion and insecurity.

The report said it found that 70 per cent of the poor people in Nigeria lived in 10 states which all happened to be in the North part of the country.

Giving insight into the survey, Omotola said about 54 per cent of Nigerians were poor and living below $1.9 per day.

“In 2018, 5.4 million new entrants entered the labour market with only 0.5 million created in that year with an average of 14794 new entrants daily.

He said: “Nigeria should work with the right agencies to capture accurate data to improve monitoring and making poverty history through vigorous pursuit of the presidential plan of lifting one million Nigerians from poverty in the next 10 years.

On barriers to achieving SDGs by 2030, he listed policy implementation ineffectiveness and coverage, budgetary challenge and prioritization, security and socio-political challenges, among others.

He said the insecurity on individuals and institutions provide an unfavorable business environment for internal and foreign investors thereby posing as a barrier to SDGs by 2030.

Other barriers he noted include disproportionate attention to the security sector by the Nigerian leadership, migration of people from area or region where there is prevalence of insecurity, social dislocation and population displacement, social tensions (ethnic and religious), general atmosphere of mistrust, fear, anxiety and frenzy and corruption – institutional and systemic.

“We have 10 years but Nigeria does not plan. We are in a country where people just wake up and whatever happens, is what we do. We have been talking about insecurity, what is the plan to solve it? We should have a robust plan. There are so many plans and policies; we have even the national population policy which proposes four children per family.

“We are talking about quality education for all but we have different definitions for education in different parts of Nigeria.

“The SDG is a flibla target, how many of those align with Nigeria’s target. We just developed the Economic Recovery and Growth Plan (ERGP) by 2017, the SDG has been on since 2016, the discussion started from 2012 yet when we were doing ERGP we didn’t factor in the SDGs except we now begin to realign the ERGP into the SDGs”, he stated.

He noted that the SDG was about leaving no one behind, adding that to achieve that we need $350 billion, and “our total income in 2018 was $398 billion so it means that we should just spend all that money to achieve the SDGs.” Continuing, he noted that President Muhammdu Buhari said he would lift 100 million people out of poverty.

COVID-19: DisCos support move to give free electricity to consumers