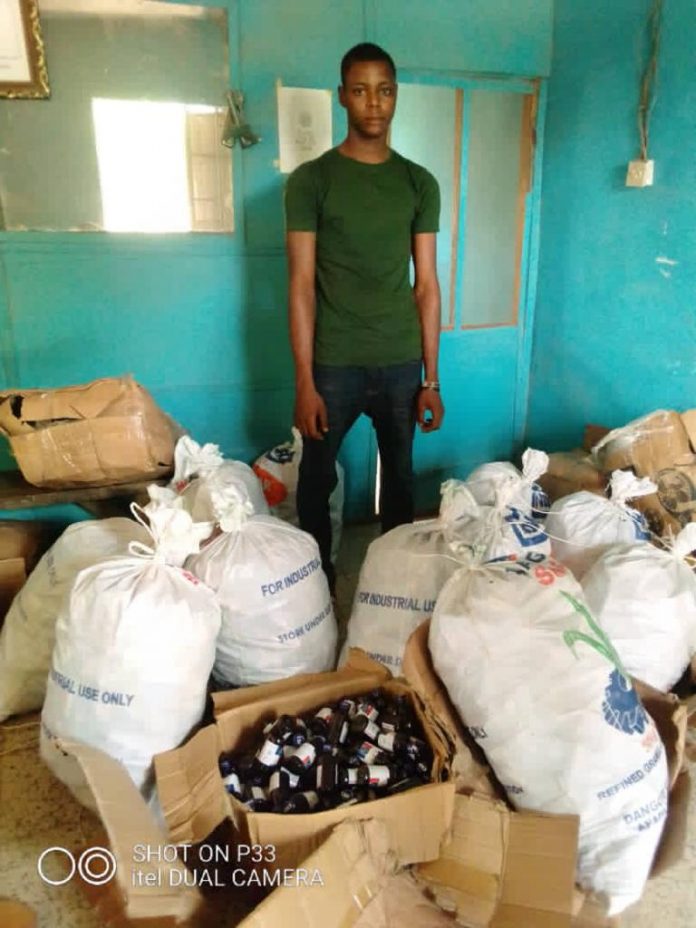 A suspected fake security agent, Basiru Ibrahim, who specialises in trafficking illicit drugs from Benin Republic into Nigeria has been nabbed with 280 kilogrammes of skunk and Diazepam

Ibrahim, whose drug route is from neighbouring Benin Republic via Lagos to Sokoto State, was was caught about 8.30pm on April 3 conveying 140kg of skunk and another 140kg of Diazepam in his personal Peugeot 406 saloon car with registration number Lagos KSF 60 BE at Kingakwai checkpoint, Kamba, Dandi Local Government Area of Kebbi state.

According to the Kebbi State Commander of the NDLEA, Peter Odaudu, the claim by the suspect who is 38-year-old to being a senior official of the Sokoto State Command of a law enforcement agency is still being investigated.

Odaudu, in a statement by the Director, Media and Advocacy at the NDLEA, Femi Babafemi said during interrogation, the suspect confessed to have trafficked drugs three times in the past from Benin Republic for a notorious dealer known as Queen.

The Commander, Niger State Command of the Agency, Haruna Kwetishe said the illicit substances meant for drug joints in Abuja were procured from Onitsha, Anambra state and diverted to Morada market motor park in Suleja to avoid security scrutiny in Abuja.

He said a 27-year-old Ezema Sunday who was to take delivery of the consignment was arrested on Tuesday 7th April, 2021 along with another suspect, Nehemiah Isa who was caught with 1.3kg of cannabis and 7gramme of Nitrazepam. 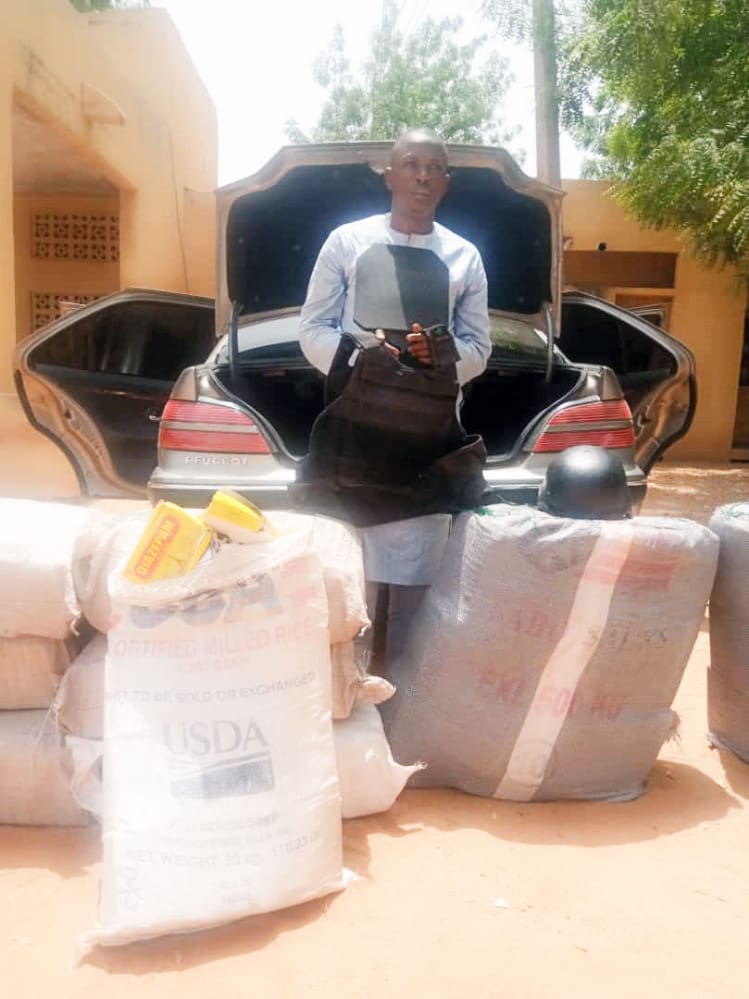 EFCC Arrests Fake DSS Officer for Stealing from a Mauritian