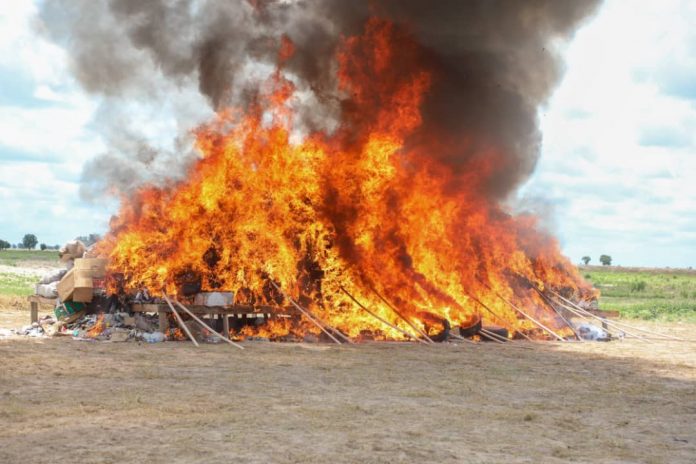 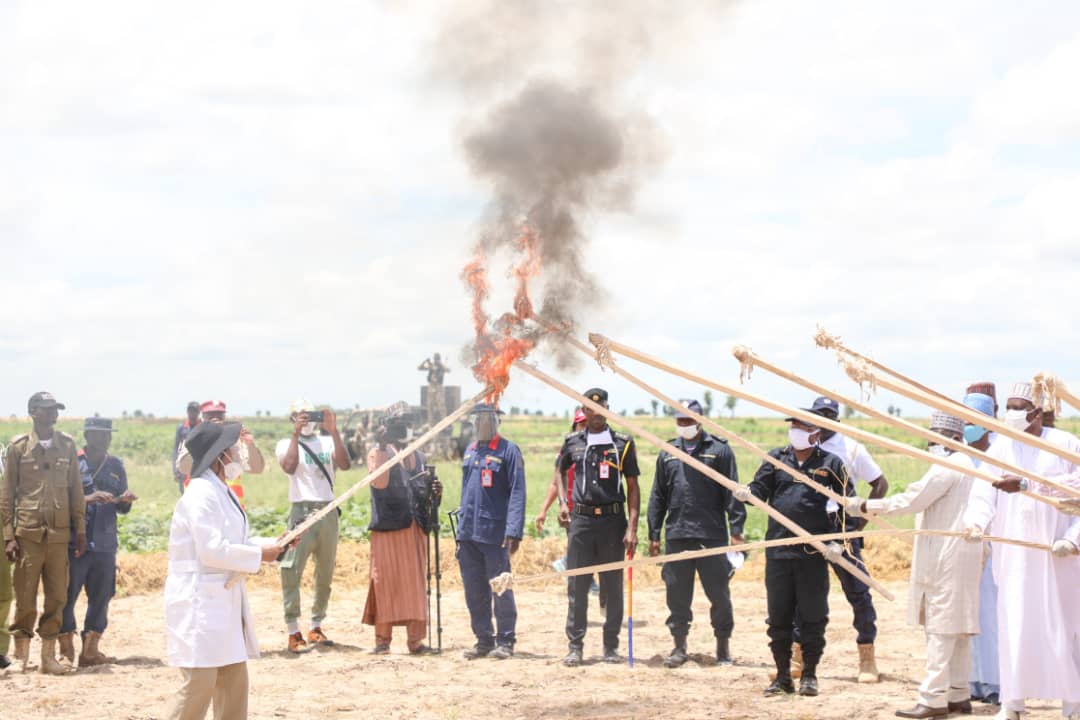 Speaking at a public destruction of the drugs on the outskirts of Maiduguri, the Chairman and Chief Executive Officer of NDLEA, Col. Mohammed Abdallah (retd.) said the event was a major boost in the fight against trafficking and consumption of drug, which had increased security challenges in the country.
He noted that statistics had shown that “over four millions Nigerians abuse drugs with northern part of the country becoming the epicentre.”
He said new policy initiatives were  underway to “ensure that the country overcomes the twin problems of illicit trafficking and drug abuse.”
He said: “As an extension of the proposed drug integrity test policy, in the public service, the NDLEA is also considering partnering with religious leaders to make drug test a prerequisite for marriage.”
He lamented that vulnerable groups with regards to drug abuse had expanded to include teenage girls, young and old married women.
Borno State Commander, NDLEA, Joseph Icha, said the seized drugs comprised cannabis sativa, variety of psychotropic substances, cocaine and heroin.
Please follow and like us:

Gov Yahaya Bello, in self adulation, claims he averted another civil war in Nigeria

Video: Locals seize helicopter for wrongfully landing on their “territory” in...

Godwin Obaseki: The Governor without a party