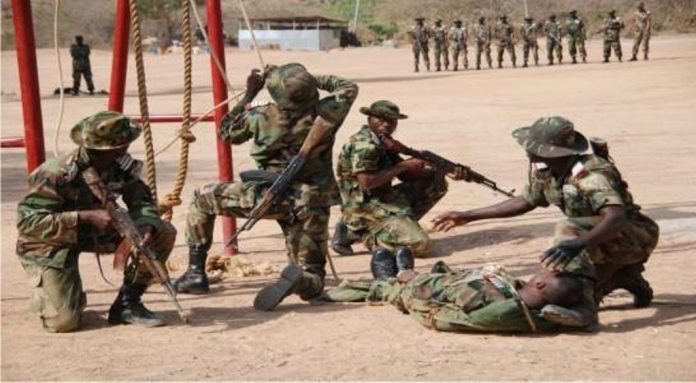 Confirming the report, Public Relations Officer of the Academy Major Abubakar Abdulllahi said it is the final outdoor exercise for Army and is slated from 5 to 25 July 2020 at HEIPANG and SHERE HILLS, Jos, Plateau State as well as KACHIA, Kaduna State, where it will conclude with the tactical phase.

He said the Exercise is designed to test cadets’ leadership qualities, endurance, map reading, command and control capabilities among other military competences.

Abdulllahi said it is also a major platform used to ascertain the level of preparedness of final year Army cadets before their commissioning as officers in the Nigerian Armed Forces.

Abdulllahi call on communities living around HEIPANG and SHERE HILLS in BARKIN LADI and JOS, Plateau State respectively not to panic on seeing unusually large movement of military personnel, vehicles and equipment in the general area from 5     to 11 July 2020.

He said residents of ANGWAN PATACHI, ANTAI, GADANAJI and KUTURAN BUZU in KACHIA Local Government Area of Kaduna State will observe same movement from 11 to 25 July 2020.

Abdulllahi also advised the locals to continue their daily routine activities accordingly and report any breach of security to the nearest authority.

He said during the 3 weeks exercise, NDA will embark on various Civil-Military Cooperation activities in the Exercise area in KACHIA and JOS.

Abdulllahi said there will also be battle inoculation, firing of small arms and artillery weapons within the general exercise area in KACHIA.

He said locals of ANINKWAN, INSAME and neighbouring communities are advised to please stay away from the live firing area during the period of the Exercise from 21 to 25 July 2020.

Abdulllahi appeal for cooperation from local communities affected by the Exercise directly and Nigerians as a whole as they train future military leaders for the Armed Forces.

Lekki Shootings: Lagos Government invited us when anarchy was setting in...

Ikpeazu to honor COVID-19 workers, others