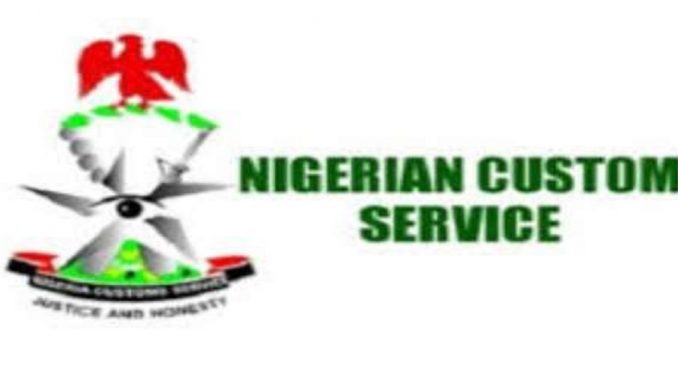 Nigerian Customs Service (NCS) said through the joint border security exercise, it had arrested 1,243 irregular immigrants, 622 suspected smugglers and seized 134,042 bags of parboiled foreign rice in the last one year.

This was disclosed in a statement on Tuesday by the Public Relations Officer of Nigerian Customs Service, DC Joseph Attah.

He said one year into the ongoing joint border drill, codenamed “Exercise SWIFT RESPONSE”, appreciable results had been recorded, particularly in the areas of security, economy, agriculture and inter-agency collaboration.

Attah said the exercise, which commenced on 20th August, 2019 involved the Nigerian Customs Service (NCS), Nigerian Immigration Service (NIS), in collaboration with the Armed Forces of Nigeria, the Nigeria Police Force (NPF) and other security and intelligence agencies, under the coordination of the Office of the National Security Adviser (ONSA).

He said the present administration, through ONSA, took a definitive step to put Nigeria on the path to food sufficiency, stem the flow of illicit arms into the country and improve national security through the exercise.

He said the joint border security exercise had no doubt saved the country huge resources and enhanced national security, adding, “for instance, the smuggling of drugs and proliferation of small arms and light weapons which are drivers to terrorism and other forms of criminalities in the country have been considerably curtailed.”

Attah said further that the exercise had also made it more difficult for terrorists and other criminals to acquire arms and ammunition while criminal elements found it challenging to make their way into the country through the land and maritime borders.

He stated that this had contributed to the reduction in cases of transnational organized crimes.

According to the NCS spokesperson, “Exercise SWIFT RESPONSE” had also boosted production of agricultural products, especially local rice, tomatoes, maize, poultry, adding that this had stimulated the growth of the agricultural sector and economy.

According to him, “Today, Nigeria is fast attaining self-sufficiency in rice production, as the border drill has drastically reduced rice smuggling into the country and catalyzed rice production by farmers across the country, while millions of direct and indirect jobs have been created.

“The rice farmers in the country are now venturing beyond rice cultivation to milling, packaging and marketing.”

He further stated that the Office of the National Security Adviser (ONSA), which is coordinating the exercise, had continued to record large numbers of seizures and arrests from the 4 sectors of the North-West, North-Central, South-West, and South-South geopolitical zones.

Attah also stated that Nigeria remained committed to the ongoing diplomatic engagements to finding lasting solutions to the concerns that necessitated the partial border closure.

“While the priority for now remains to keep our borders safe from any inimical activity that would compromise our national interests and by extension our national security.

“We appeal to Nigerians to continue their support for the ongoing efforts towards making the nation better secured and economically viable,” he said.

FG to make provision for subsidy in 2022, says NNPC MD

SARS and The Youth Revolt, By Segun Adeniyi