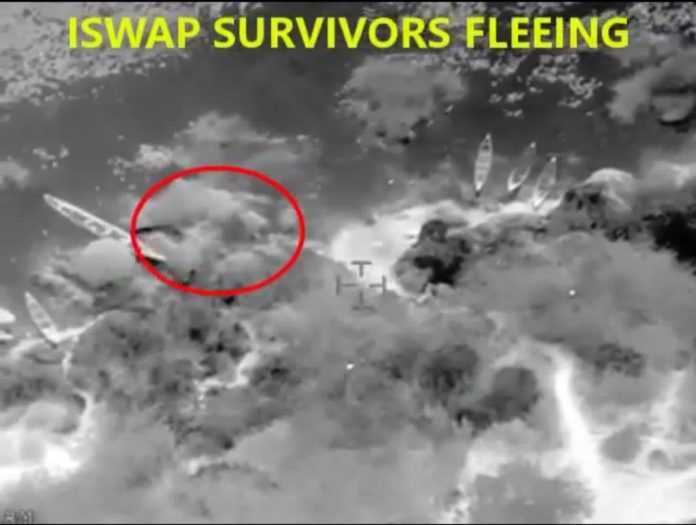 Nigerian Air Force (NAF) aircraft under Operation Hadin Kai have bombed 20 boats with suspected Boko Haram/ISWAP terrorists were converging for a meeting on an Island in the Tumbuns on the Lake Chad and at Malam Fatori, around the Lake Chad.

Confirming the report, Director of Public Relations and Information Nigerian Air Force, Air Commodore Edward Gabkwet said on receiving credible Intelligence on 20 October, 2021 that about 20 boats with suspected Boko Haram /ISWAP terrorists were converging for a meeting on an Island in the Tumbuns on the Lake Chad and at Malam Fatori, 3 NAF aircraft under Operation Hadin Kai were scrambled to carry out strikes on the targets.

He said reaching overhead the targets, the pilots observed a gathering of about 20 boats consisting of 5-7 suspected terrorists in each boat.

Gabkwet said using a mix of bombs and rockets, the three aircraft carried out a series of strikes and scored devastating hits on the targets leaving some survivors scrambling for their lives.

He said the operation by the air component of Operation Hadin Kai yet again confirmed the high concentration of terrorist and insurgent elements hibernating in the Lake Chad general area.

Gabkwet said working alongside the Army and Naval components as well as other security agencies under Operation HADIN KAI, the Air Component would continue to sustain its operation until the area was rid of all terrorists and insurgents.