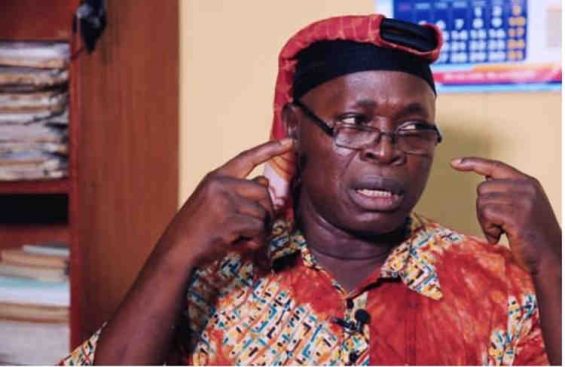 The Muslim Rights Concern (MURIC), on Tuesday, said it had no link with any terrorist group within or outside Nigeria.
The director of the organisation, Prof. Ishaq Akintola, made this known in a statement in Lagos.
Akintola gave assurance that the group was discipline and would never be affiliated with any terrorist group.
“Our attention has been drawn to a rumour that MURIC received 200,000 dollars from Islamic State for West Africa Province (ISWAP).
“It is a wicked concoction from the pit of Jahannam. We declare clearly, categorically that we have never had any contact with ISWAP or any other terrorist group.
“We remain committed to the unity and indivissibility of Nigeria,” the organisation director said.
Akintola noted that the allegation was illogical, saying that the group has always condemned every act of terror whether it happened within or outside the country.
“The motto of MURIC is ‘dialogue, not violence’.  So how can we descend so low as to collect money from terrorists? Such lies will not fly.
“The terrorists themselves know that we can never support them. How can they give us money? The allegation is dead on arrival.
“We are a disciplined group. We have never been known to engage in any violent protest or attack since establishment of MURIC in 1994.
“It is most diabolical to accuse a group that has pursued peaceful advocacy for 26 years of having any connection with terrorists,” he said.
Akintola appealed to the Federal Government to investigate the source of the information, adding that MURIC has never been involved in any international activity.
“We deliberately restricted ourselves to the Nigerian
environment in order to avoid complications.
“We have enough on our hands within the country. So how can a former intelligence chief from far away Mali show interest in us?
“We urge our detractors to desist from their evil ways and pursue the path of honour,” he said.
(NAN)
Please follow and like us:

Of Ize-Iyamu, a recycled video, acid incident, and the courage of...