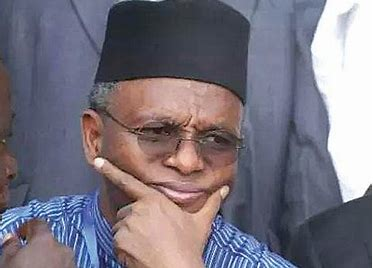 The Kaduna State Government said markets or places of worship have not been reopened in the State. According to the Special Adviser to the Governor Media and Communication Muyiwa Adekeye these public spaces were closed in March 2020 as the state stepped-up Covid-19 prevention efforts.

He said relevant government agencies will engage business, community, and religious leaders to discuss and agree on the protocols for the safe opening of businesses and market, and resumption of congregational worship.

Adekeye further stated that the State Government has started engagements with business leaders, and began receiving recommendations from some religious leaders on the subject of safe re-opening of places of worship. However, these consultations have not been concluded.

“Until these consultations result in a formal announcement authorising businesses, markets and places of worship to reopen, it will be a violation of subsisting Quarantine Orders to reopen any unauthorised facility, market or places of worship or to conduct congregational worship of any sort.

He added that the state is not one of the three states and the FCT where the Federal Government imposed a lockdown.

Adekeye said the steps taken to ease such federally-imposed lockdowns in the concerned places should not be construed as the Federal Government relaxing in all states conditions that it did not impose in the first place.

He said Kaduna State has its own well-articulated roadmap for reopening, and this was published last week as a public document for the views and inputs of the citizens of the State.

“That is why when it extended the Quarantine Orders by two weeks on 26th May 2020, it also announced steps to ease some of the restrictions. These included increasing lockdown-free days to three and allowing approved businesses and facilities to open on those three days.

“The quarantine extension announced by the Deputy Governor Dr. Hadiza Balarabe on 26th May 2020 made clear that “schools, places of worship and markets will remain closed under the adjusted orders. The relevant government officials and agencies will be engaging with religious leaders, transport unions, traditional institutions, market unions, school proprietors and other stakeholders as may be identified from time to time, to discuss the conditions and circumstances for a safe reopening of these sectors,” he said

Adekeye further stated that the state also maintains the prohibition of interstate and intercity travel. He said government officials and mobile courts will continue to enforce this ban to prevent people from spreading the virus through non-essential movement.

“In addition, the nighttime curfew that has been enforced across the state still remains, from 6pm to 6am.

“Residents are reminded that the partial easing of restrictions is being undertaken to ensure that Covid-19 prevention efforts can continue side by side with the pursuit of livelihoods. It has been a most difficult period for citizens, with many inconveniences amid the danger of Covid-19.

“The people of Kaduna State are aware that though we have not experienced hundreds of “unexplained deaths”, Covid-19 infections continue to rise due partly to intensive testing, tracing and treatment by our health personnel, and largely to the failure of some persons to comply fully with the quarantine restrictions imposed,” Adekeye said

He said all the sacrifices made by residents of Kaduna State demand that the easing of the lockdown be done safely and responsibly.

He said public safety and the protection of human lives remain the sole motivation for the government’s Covid-19 response. Adekeye appealed to residents and leaders to be patient and collaborate to implement a careful, safe and responsible re-opening of the State.