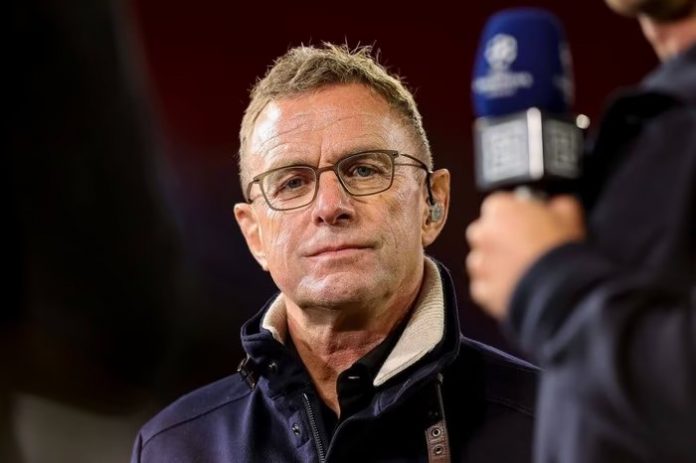 Ralf Rangnick has reached an agreement with Manchester United to become their interim manager.

The 63-year-old, who is seen as the “godfather” of modern coaching in Germany, is leaving his job as head of sports and development at Lokomotiv Moscow to take up the role.

The Athletic understands the agreement is subject to Rangnick’s current club, Lokomotiv, agreeing to release him from his contract, although Manchester United do not anticipate this to be a problem.

Rangnick has agreed a six-month deal until the end of May. He will have a further two years in a consultancy role.

Work permit reasons mean he will not be in charge in time for the weekend’s game at Chelsea.

Ole Gunnar Solskjaer was dismissed as United manager on Sunday morning after their 4-1 defeat by Watford. The result left them eighth in the Premier League.

United made it clear that they would look to hire an interim manager until the end of the season and they quickly moved for Rangnick, who has previously managed Hannover, Schalke, Hoffenheim and RB Leipzig.

He also took little-known German side Ulm to the Bundesliga for the first time in their history at the start of this century.

Rangnick has also had significant success as a director of football. He held that role for both Red Bull Salzburg and RB Leipzig from 2012 onwards, while having brief stints as manager at Leipzig.

After Rangnick took that role, Leipzig rose from the regional league — the fourth tier — to the Bundesliga. (Athletic)