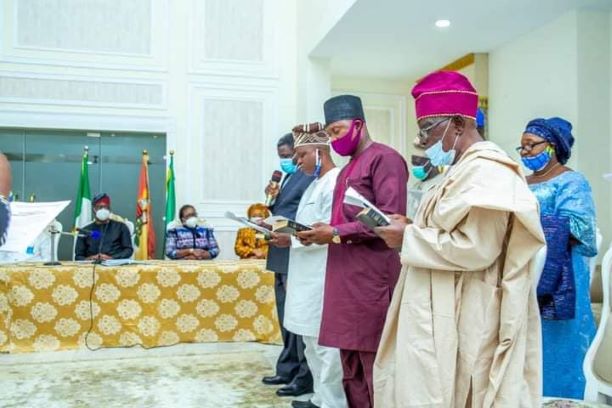 The Governor expressed appreciation to the House of Assembly for confirming the names of the members and chairman of the Commission in a timely manner.

He congratulated and wished them a successful tenure, while noting that the word “Independent” in the name of the Commission meant they were not to be influenced by any arm of government in the discharge of their duties.

He stated further that the mandate of the Commission was to conduct an inclusive election.

The Governor also charged them to imbibe a sense of urgency in conducting a credible Local Government election in Oyo State within the shortest time possible.

The swearing-in was attended by the Deputy Governor, Engr Rauf Olaniyan; the Secretary to the State Government, Mrs Olubamiwo Adeosun; the Chief of Staff to the Governor, Chief Bisi Ilaka and other cabinet members, as well as chieftains of the Peoples Democratic Party (PDP) in the state led by the party chairman, Alhaji Kunmi Mustapha.

Okotie: A troubadour and myrmidon of Christ @ 62, by Ladi...