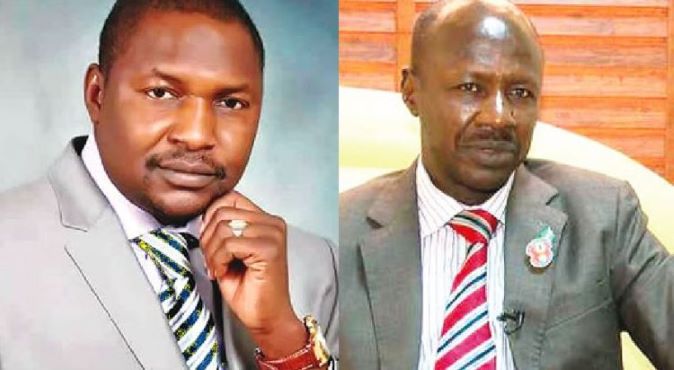 After about five months, Justice Isa Ayo Salami Judicial Commission of Inquiry is set to wind up investigation into the activities of the Economic and Financial Crimes Commission (EFCC).

It was learnt that the panel plans to conclude its assignment this week. Its report will then be sent to President Muhammadu Buhari.

It was gathered that one of the recommendations of the panel is that the Head of the Economic and Financial Crimes Commission (EFCC) should no longer be picked from the police.

It favours appointment of the EFCC chairman from other security agencies. All the chairmen of the agency from inception till date are policemen.

But the proposed recommendation is already generating replies from among stakeholders. The police is represented in the Salami panel by deputy inspector general.

The panel will also recommend that policemen should no longer be operatives of the EFCC. At present, there are no fewer than 850 policemen deployed in the anti-graft agency.

If the plan to remove the police from the EFCC is approved, it will foreclose the recall of Acting EFCC Chairman Ibrahim Magu.

A source close to the panel said: “We are rounding off this week or as soon as the report can be taken from us.”

A source said: “The advisory to put EFCC’s woes on the police is unfair. In the last 17 years, EFCC recorded landmark achievements under the leadership of senior retired and serving police officers. All the past and present chairmen have won international awards. Police officers and men are not liabilities to EFCC.

“These same police detectives gave on-the-job training to the cadets. The essence of bringing police officers is to put cadets through an investigation. There are still investigative manpower gaps to be filled in EFCC.

“The EFCC as it now does not have an enforcement unit. Policemen were seconded to the anti-graft agency to give back up during operations and when enforcement is required.

“After being used to deal with Magu, the police are now to be sacrificed on the baseless allegation. But the Act is clear that a police officer can be chairman of EFCC. We don’t know whether they are planning to amend the EFCC Act.”

The source added: “I think the desperation to get Magu out of the EFCC has made some people decide to throw away the baby with the bathwater. The President should reject any recommendation to ease out policemen from the EFCC.”