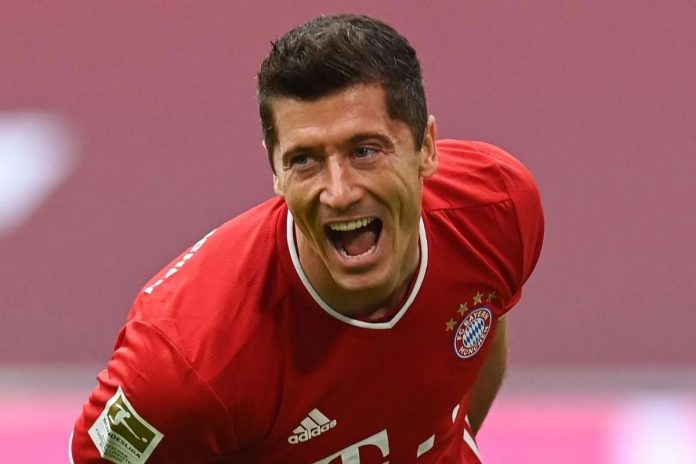 Robert Lewandowski has defeated the golden duo of Lionel Messi and Cristiano Ronaldo to win the FIFA’s player of the year award.

Lewandowski’s stellar season for all-conquering Bayern has already been recognised by UEFA who awarded the Polish striker European player of the year in October.

Lewandowski has become the second player to interrupt the 13-year Messi-Ronaldo hegemony.

Messi and Ronaldo were both among the three finalists for the first time in 2007, when Kaka won. Since then each has missed making the top three only once and the only other player to win the award, in its various guises, was Luka Modric in 2018.

At 32, Lewandowski has had a breakthrough season.  While he has won the Bundesliga in each of his first six seasons at Bayern, finishing as the league’s top scorer in four of the last five seasons, his international profile has been hurt by Poland’s mediocre form and his failure, at Dortmund and Bayern, to win the Champions League.

Last season, he was spectacular as Bayern won every game in Europe. Lewandowski finished with 15 goals in the competition, five more than the next best striker, Erling Braut Haaland.

Messi was top scorer in last season’s Liga, but that was a rare bright spot in a disastrous year, the low point of which was an 8-2 loss to Bayern in which Lewandowski scored and the 33-year-old Argentine did not.

While the 35-year-old Ronaldo finished as his club’s top scorer as Juventus won Serie A, he could not propel his club past Lyon in the Champions League round of 16.

The Best awards began in 2017 after a brief merger with the Ballon D’Or and the FIFA Player of the Year award, which was created in 1991. FIFA added a women’s award in 2001 and now hands out 11 sets of its 6.4kg platinum-coated trophies.

The winners are chosen by national team captains and coaches, more than 200 journalists and fans.

Journalists, others who were at Abba Kyari’s burial declared COVID-19-free