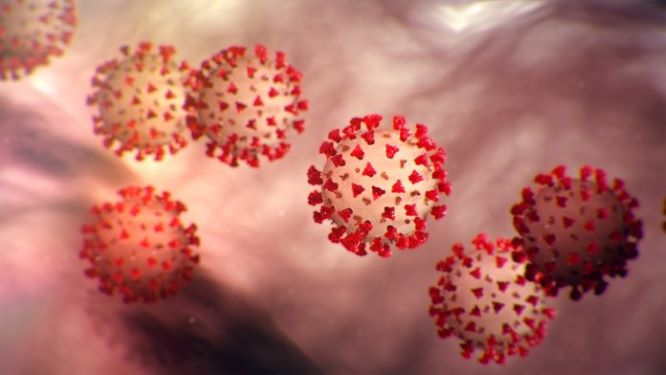 From left: Lagos State Deputy Governor, Dr Obafemi Hamzat; Gov. Babajide Sanwo-Olu; Head of Service, Mr Hakeem Murk-Okunola,  on Saturday during a News Conference on the update of the COVID-19 pandemic in the state and opening of the Worship centres on Saturday

The Lagos State Government on Saturday announced the increase of the permissible capacity of public gatherings from 20 to 50 persons.

Lagos State Governor, Babajide Sanwo-Olu, announced this at the Lagos House, Marina, during the 17th update on the management of coronavirus in the state.

Sanwo-Olu said that the increase applied to a wide range of events from Annual General Meetings (AGMs) to funerals.

He said that there had been a general decrease in positivity rates of COVID-19 cases in Lagos State over the past two weeks.

According to him, the decrease, when combined with the increase in testing numbers, paints a very encouraging picture of the outcome of government’s response strategy.

He said that the state government would continue to fine-tune its efforts and strategies to build on the successes and close any existing gaps.

”Dear Lagosians, having carefully reviewed the current scenario in Lagos State, we have taken some important decisions in line with the ongoing objective of calibrating an effective balance between the competing demands of safeguarding lives and enabling livelihoods.

”We are increasing the permissible capacity for public gatherings from 20 to 50 persons. This applies to a wide range of events, from AGMs to funerals.

”Lagosians should please continue to keep in mind that there is documented evidence that mass gatherings can increase the spread of infectious diseases, such as coronavirus.

”As such, all standard prevention and control measures must be strictly adhered to: physical distancing, mandatory temperature checks and use of masks in public places, regular disinfection of premises, and strong personal hygiene.

”Restaurants will now be permitted to open for in-dining services, from the 14th of August, on the proviso that they maintain a 50 per cent occupancy capacity.

”The restaurants must have also obtained a Provisional Safety Compliance Certificate through the registration portal of the Lagos State Safety Commission: www.lasgsafetyreg.com,” Sanwo-Olu said.

He added that Social Clubs and Recreational centres would also now be allowed to open from Aug. 14, on the condition that they had applied for and obtained a Provisional Safety Compliance Certificate.

According to him, these Safety Clearance Certificates are at this time being issued only to Social Clubs with Registered Trustees.

He said that clubs and centres that reopen without complying with these mandatory requirements would be shut down and dealt with according to the law.

”Note also that the closure of all spas, bars, lounges, night clubs, cinemas, games arcades remains in place. The possible re-opening of these places will be further reviewed before the end of the month.

”As a State Government we will be ramping up our monitoring and enforcement work, to ensure that all our guidelines and directives are complied with to the letter.

”The relevant agencies will be carrying out spot checks and random inspections of businesses and facilities, and defaulters will be sanctioned appropriately,” the governor said.

He also said that secondary schools in Lagos would reopen, as earlier communicated by the Ministry of Education, from Aug. 3, for Exit Classes only – SS3 and Technical Studies TEC3 students only.

Sanwo-Olu said that the resumption date would allow them two weeks to participate in revision classes and examinations in preparation for the forthcoming West African Examinations (WAEC), which would start on Aug. 17, 2020.

He said that all COVID-19 standard precautions must be put in place by school authorities, as officials of the Lagos State Government would be inspecting all qualifying schools to ensure that these requirements were fully met.

Sanwo-Olu said that the state government would make face masks available to all schools to which this reopening exemption applies, for the duration of the reopening. (NAN)

Nigeria’s problems are spiritual, Buhari has no capacity to tackle them...