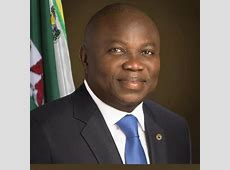 The Lagos State House of Assembly has set up an ad hoc committee to probe the purchase of 820 mass transit buses by the Akinwunmi Ambode-led administration allegedly without budgetary approval.

The News Agency of Nigeria (NAN) reports the committee was set up following a motion moved by Mr. Gholahan Yishawu (Eti-Osa II) during the plenary session on Tuesday.

Yishawu recalled that Ambode had briefed the 8th Assembly on his intention to establish a bus reform programme which would require purchase of5000 high capacity buses in the state.

“Ambode said the state government will only commit 30 per cent of the cost of the buses supplied, while the operator would have to amortise the remaining cost on installment payment basis until the 30 per cent paid by the government is liquidated.

“In 2017, the executive had proposed a supplementary budget of N17 billion for the purchase of these buses but because this was not in consonance with the earlier presentation by the governor, the House refused to approve the proposal for procurement of the buses.

“Hence, the former House sought further clarification from the executive which they did not obliged.

“The executive did not come for clarification and the House did not approve the proposal in the subsequent budget proposals of 2018 and 2019.

“The executive still made provision for the purchase of the buses at N24 billion and N7 billion in 2018 and 2019, respectively, but the proposal suffers the same faith as that of the 2017 budget proposal,” he said.

Yishawu said whereas there was no appropriation for the purchase of these buses, Ambode went ahead to procure the 820 buses at the cost of N45 billion.

He said the present House was worried that out of the 820 buses, about 520 were still at the bonded warehouse of the importer while 50 were still with the Customs which were accumulating demurrage to be paid by the state.

The lawmaker added that the present assembly was worried that the buses were purchased with tax payers’ money without legislative approval.

Yishawu then submitted that the House should set up an ad hoc committee to investigate all the issues relating to the purchase of the buses.

He also stated that the House should investigate the cost of the purchase of the buses and other issues surrounding the purchase to prevent a re-occurence.

In his contribution, Mr. Yinka Ogundimu (Agege 2), stated that the House needed to investigate every transaction that had to do with the procurement of the buses.

He added that it would be a bad precedent if the House did not do anything about the matter.

“A huge amount of money still needed to be paid on the purchase of these buses. Whoever has erred should be brought to book,” he said.

“The 8th Assembly rejected the proposal on the buses, yet they went on to spend N45 billion on the project.

“Since we did not approve the contract expenditure is null and void, so the money should be refunded.
NAN reports that other members took turns to speak on the issue.

The Speaker, Mr. Mudashiru Obasa, in his submission, said that the house needed to prevent waste because the expenditure had been done.

The speaker subsequently set up a committee headed by Mr. Fatal Mojeed (Ibeju Lekki I) to look into the matter and report to the House in due course.

The Speaker directed the committee to invite the Accountant General of the state, Permanent Secretary in the Ministry of Transport and others that were involved to state their roles in the purchase.

He also told the committee to invite the current Commissioner for Finance, the Managing Director of LAMATA and others.

NAN reports that the House subsequently went on break until further notice to enable members to attend to other official programme.

“Scents of Power” for public presentation on October 12

Umahi’s quest to be president reason for defection, says Wike