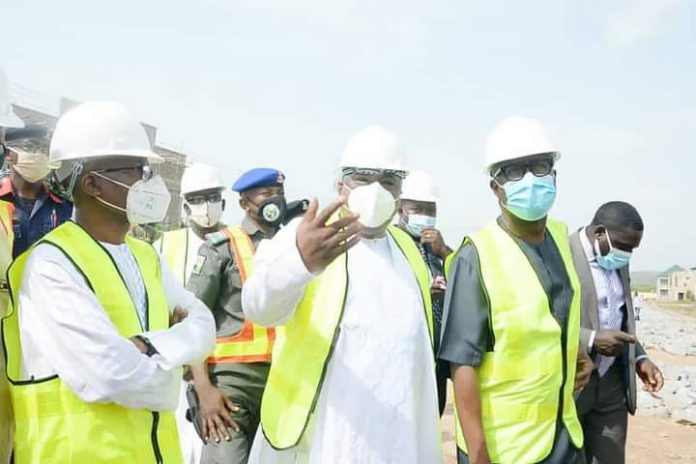 Kwara State Government has pledged support to the Federal Government’s drive to make Nigeria self-sufficient in Sugar production by the year 2025.

The state Governor, represented by his Deputy, Mr Kayode Alabi, made this known during an inspection visit by the Minister of Industry, Trade and Investment, Otunba Niyi Adebayo, to the Nigerian Sugar Research Institute in Ilorin, the state capital.

Mr Alabi expressed optimism that with the manner the minister is driving the ministry, Nigeria would be self-sufficient in sugar production by 2025.

This, he said, would also boost job opportunities for the teeming youths in the state.

The Deputy Governor who lauded Otunba Adebayo for what he noted, was an excellent job, said the massive investment in the research institute would create revenue for the government.

Otunba Adebayo who noted that the Coronavirus pandemic has dramatically slowed down the work at the site, expressed satisfaction at the level of completion, saying that the project would be inaugurated by the end of the year 2020.

When completed, the Minister said, the Institute would add to the number of seedlings people could use in their farms to increase sugar cane production.

He said it would also enable Nigeria to be self-sufficient in sugar production and export to other African countries.

Conducting the Minister’s Inspection Team round the different sections of the project site, the Executive Secretary of the NSDC, Dr Abdullateef Busari, explained that the seed multiplication was already in operation and that the Sugar Research Institute would serve as research and capacity development institution.

Dr Busari added that the project was part of “about ten factories the NSDC is planning to establish across the country where training and research in the sugar industry will be conducted for staff members of sugar companies and other interested members of the public.”

On the Inspection team of the Minister of Industry, Trade and Investment were the Kwara State Governor who was represented by his Deputy, Mr Kayode Alabi, Kwara State Commissioners for Agriculture and Natural Resources and his counterpart at the Ministry of Enterprise, Estu of Tsaragi, Alh Aliyu Abdullahi who is the chairman of the council of NSDC among others.

States must be autonomous for Nigeria to progress, says Osinbajo