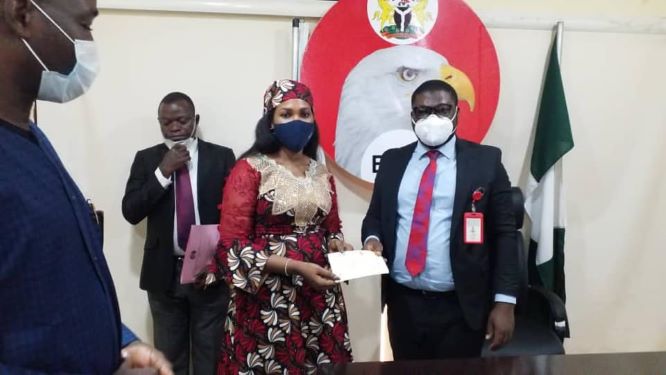 Kwara State Government has received a bank draft for another N148,049,580:81 looted funds, which the Economic and Financial Crimes Commission (EFCC) recently recovered from some officials of the past administration.

Hamdalat said the Commissioner commended the EFCC for its patriotic efforts to stamp out corruption and abuse of public office, saying the money would be duly appropriated and deployed in serving the public that it was meant for.

The Ilorin Zonal Head of the EFCC, Mr Oseni Kazeem, had during a recent courtesy visit to Governor AbdulRahman AbdulRazaq announced the recovery of more loot for the government.

AbdulRazaq in turn commended the anti-graft agency, which he observed had continued to recover funds stolen from public treasury, saying the funds would be judiciously used including for social investment programmes of the administration.

The anti-graft agency had earlier made similar recoveries of public funds.

How Diete-Spiff fled palace: Angry youths in a fit of anger...

President Buhari is on top of activities in war theatres across...