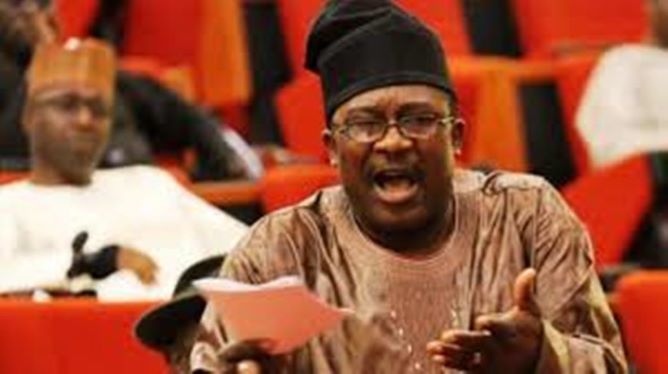 The Court of Appeal in Abuja on, Tuesday, dismissed the appeal filed by Dino Melaye, challenging the election of Sen. Smart Adeyemi as winner of the Nov. 16, 2019 in Kogi West Senatorial District.
A three-member panel of the court , led by Justice Ibrahim Saulawa, unanimously resolved all seven issues, identified for determination, against the appellant (Melaye).
Saulawa, in the lead judgment, said he reviewed all the written arguments by parties and came “to the conclusion that each of the seven issues are resolved against the appellant.
“Having resolved all issues against the appellant, the appeal grossly failed and is hereby dismissed.”

The panel upheld the judgment delivered on June 10, 2020 by the National Assembly Election Petition Tribunal, (which sat in Abuja), which affirmed the declaration of Adeyemi as winner of the election by the Independent National Electoral Commission (INEC).

He awarded N50,000 cost against Melaye and in favour of the respondents.

Earlier,  the panel struck out Adeyemi’s preliminary objection on the grounds that it was wrongly filed by his lawyer, Mr Adewale Otitoju.

He noted that since Adeyemi complained about defects in some portions of the appeal, he ought not to have filed a preliminary objection, but a motion praying the court to strike out such alleged defective parts.

Relying on some Supreme Court decisions, Saulawa held that preliminary objections are only filed when a respondent is challenging the competence of the entire appeal and not part of it.

In another unanimous judgment of the same panel, Saulawa struck out the cross-appeal by Adeyemi and his party, the All Progressives Congress (APC) on the grounds that it was filed out of time.

The court upheld the preliminary objections filed by Melaye and his party, the Peoples Democratic Party (PDP) against the cross-appeal and struck it out.

It awarded N50,000 cost against the cross-appellants and in favour of the respondents.

Court orders Sen. Ndume to be remanded In prison after failing...

Atiku commends PDP Board of Trustees for good leadership