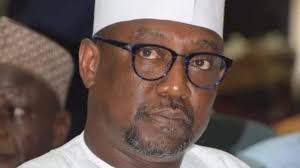 Niger State Governor, Alhaji Abubakar Sani Bello, has signed into law a bill passed by the state house of assembly which makes kidnaping and cattle rustling punishable by hanging.

The law, known as Kidnapping and Cattle Rustling (Special Provisions) Law, 202, is applicable to those who act as informants, aid and abet kidnaping and cattle rustling.

Such informants will equally die by hanging in the state.

Assenting to the bill and other bills at Government House, Minna on Friday, the Governor said the Kidnapping and Cattle Rustling Special Provisions Law of 2016 is amended to provide for the punishment of informants and all those involved in the aiding and abetting of kidnapping and cattle rustling in the state.

The Governor stated that informants who aided and abetted Kidnappers would now have to face death sentence by hanging in public as now enshrined in the state law.

According to him, “the law now provides that whoever instigates any person to kidnap a person or rustle cattle, or intentionally aides, abets or facilities by any acts of omission or commission of the offence of kidnapping and or Cattle Rustling is guilty of an offence and is liable on conviction to death by hanging in public.”

Governor Bello said the government was left with no other choice than to embark on this punitive measure given the security challenges that had continued to threaten the peaceful coexistence of the state in particular and the country in general.

He regretted the unpatriotic activities of informants who, according to him, had contributed to thwarting efforts of the security agencies in combating the nefarious activities of kidnappers and cattle rustlers.

Also signed into was the Vigilante Amedment Law, 2016 which the Governor explained was meant to invigorate and strengthen the state vigilance corps for better operational efficiency in the discharge of their statutory function of complementing the effort of the conventional federal security forces.

Other Laws assented to by Governor Bello in accordance with Section 100(3) of the Constitution of the Federal Republic of Nigeria 1999 (as amended),  included the Niger State Vigilance Corps (Amendment) Law, 2021; the Niger State House of Assembly Service Commission Law, 2020; the Office of the Auditor-General of the State Law, 2021 and the Office of the Auditor General of the Local Government Law, 2021

The governor expressed hope that the signing of the State Assembly Service Commission Law would further enhance the activities of Legislators and solidify the already existing synergy between executive and the legislature. (Reports by Sun)

It’s been three months, where are Trump’s ventilators promised Nigeria?