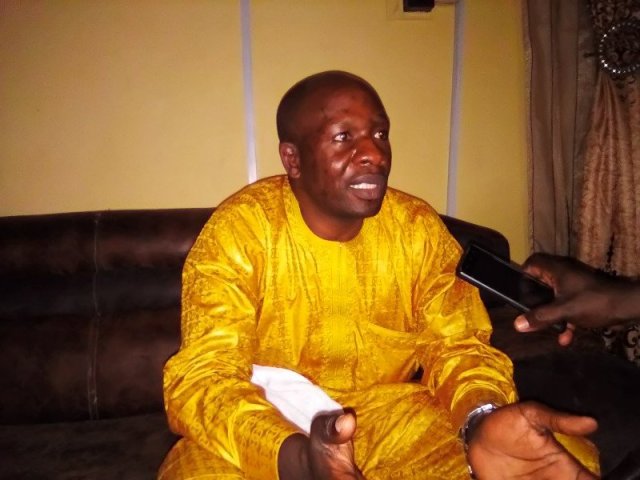 Mr Samson Dikko, member representing Jaba constituency at the Kaduna State House of Assembly, on sunday said he had expended about N10.9 million on the welfare of over 600 widows and orphans in his constituency.

Dikko made this known while speaking at a town hall meeting in Kwoi, Jaba Local Government Area, Kaduna State.

“As a leader who considers the welfare and wellbeing of my electorate more than my personal needs and comfort, I have come to you today in peace with the sole aim of presenting my score card.

“Anybody that knows Hon. Samson Dikko would agree that Dikko is synonymous with welfare.

“As a selfless leader, I vowed that my first salary and constituency allowance would not be for myself and family but for widows, orphans and women and I actually kept the promise.

“We bought them foodstuffs like beans, rice, maize and guinea corn among others when hunger was biting very hard on my people.

“We also got this category of people tricycles and other items that would make life much easier for them,” he added.

He said that two medical outreaches costing N20 million were carried out by him in partnership with When In Need Foundation, an NGO, since he won election16 months ago.

“The When In Need Foundation in completing my efforts, carried out two free medical outreaches in Ham Land last year October and November.

“The amount expended was to the tune of N20 million and some of the beneficiaries of that program are present here with us today,” he said.

The lawmaker added that he supplied maize, rice, beans and soya beans seeds to over 3,000 farmers to boost food production in the area.

“During the COVID-19 pandemic lockdown, it became clear that hunger looms next year as a lot of people could not farm due to the lockdown hardship and insecurity in the land.

“We thought it wise to supply seedlings to farmers across Hamland and encourage them to farm so that there will be no hunger in the land next year.

“We therefore embarked on an Agricultural Industrialization Project where we gave out seedlings like maize, rice, beans, okro and soya beans that cost millions of naira to over 3,000 farmers,” he added.

The lawmaker also said he initiated Dikko’s Ham Unity Football Competition and purchased 30 forms to engage athletes in the forthcoming Kaduna State marathon, as part of efforts to revive sporting activities in the area.

On education, Dikko said he paid N250, 000 as JAMB registration fees for 50 candidates, and helped secure admission for over 30 students into various tertiary institutions of learning.

He also revealed plans to offer scholarships to at least 50 students in tertiary institutions and distribute a minimum of two trailers of fertilizer to farmers in the coming year.

According to him, he has so far sponsored two bills and moved three motions while pledging to continue to push for legislations that would have a direct bearing on his constituents and the people of the state.

Earlier, Dr Chetachi Ecton, CEO of When In Need Foundation, maintained that her organization will continue to partner with the lawmaker for the general upliftment of Jaba constituency.

Ecton called on the people to give the member all the support and encouragement required to enable him deliver more dividends of democracy to them.

Also speaking, the paramount ruler of Ham, Dr. Danladi Maude, commended the lawmaker for the effective representation of the constituency.

Maude, represented by Malam Luka Net, implored other politicians in the area to emulate the good works of the lawmaker. (NAN)

Maina bought $2m property in Abuja, others in Dubai, USA –...

Group to FG: First come up with Sunday Igboho’s crimes before...