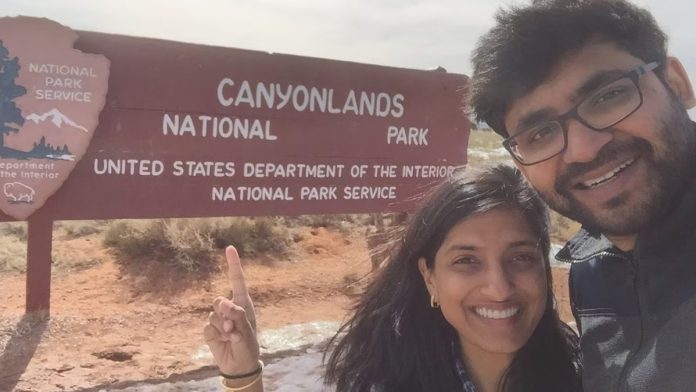 The move was apparently months in the making. There were rumours that the Twitter board was looking to replace Jack Dorsey with someone else. The search, it seems, finally ended with an in-house candidate.

Parag, who until now was Twitter’s CTO, is assuming the role as the company CEO immediately.

So, who is Parag Agarwal? Like another big Indian-origin tech CEO — we are talking about Sundar Pichai at Google — Parag is also from IIT. Although he is from IIT Mumbai.

Aged 45, Parag has been at Twitter for a while and, apparently, he is well-liked by Jack Dorsey, one likely factor that helped him clinch the top post at Twitter.

In its press note, Twitter gives some details of Parag’s career within the company.

Twitter notes, “Parag Agrawal joined Twitter in 2011 and has served as Chief Technology Officer (CTO) since October 2017. As CTO, he has been responsible for the Company’s technical strategy, leading work to improve development velocity while advancing the state of Machine Learning across the company. Prior to being appointed CTO, Parag had risen to be Twitter’s first Distinguished Engineer due to his work across revenue and consumer engineering, including his impact on the re-acceleration of audience growth in 2016 and 2017.”

Twitter also provides more details about Parag’s studies. “Parag holds a PhD in Computer Science from Stanford University and a Bachelor’s Degree in Computer Science and Engineering from the Indian Institute of Technology, Bombay,” the company says. Here is Parag’s brief profile in 5 points.

1- Parag, aged 45, is an alumnus of IIT Mumbai. He did his bachelors in engineering (BS) from here. Then he moved to the US for further studies, with his doctorate coming from Stanford University. He did his schooling from Atomic Energy Central School.

2- Parag joined Twitter in 2011. Before that, he briefly worked at Microsoft, AT&T and Yahoo. In all three companies, his work was mostly research-oriented. Initially, at Twitter, he worked on ad-related products, but gradually he also dabbled in artificial intelligence. In 2017, when he was promoted to the role of Twitter CTO, here is what the company said in a statement: “In his capacity as CTO, he’s focused on scaling a cohesive machine learning and AI approach across our consumer and revenue product and infrastructure teams.”

3.  Parag is apparently well-liked by outgoing CEO Jack Dorsey. In fact, Dorsey hired him in 2011. In his email on Monday sent to all Twitter employees, Dorsey wrote: “The board ran a rigorous process considering all options and unanimously appointed Parag. He’s been my choice for some time, given how deeply he understands the company and its needs. Parag has been behind every critical decision that helped turn this company around. He’s curious, probing, rational, creative, demanding, self-aware, and humble. He leads with heart and soul and is someone I learn from daily. My trust in him as our CEO is bone deep.”

4- At Twitter, as CTO, Parag has been instrumental in “Twitter’s technical strategy and overseeing machine learning and AI across the consumer, revenue, and science teams.”

5- Although he has been in a leadership position at Twitter for a while, Parag was not as well-known as Sundar Pichai or Satya Nadella were when they became CEO. Parag acknowledges this in his email that he sent to Twitter employees on Monday. He wrote, “I recognize that some of you know me well, some just a little, and some not at all. Let’s consider ourselves at the beginning-the first step towards our future. I’m sure you have lots of questions and there’s a lot for us to discuss. At the all-hands tomorrow we’ll have lots of time for Q&A and discussion. It will be the beginning of ongoing open, direct conversations I wish for us to have together.” (Indian Toiday)

Only revolution or ‘benevolent’ dictator can reform Nigeria, says Banire

Now that Abba Kyari is dead

Buhari says Nigeria is most prosperous black nation in the world

Larry King’s wife, son on opposite sides in court battle over...