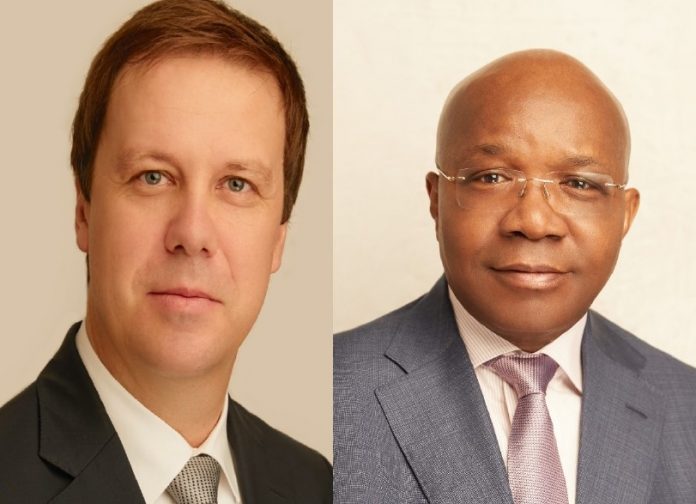 Again, Julius Berger Nigeria, Plc., has given an assurance that the Lagos – Shagamu expressway project will be completed ahead of the projected completion date of July 2022.

Managing Director of the construction giant, Engr Lars Richter said that requisite human and technical resources, and even new technologies, had been mobilised to complete the jobs as scheduled.

The company dismissed insinuations in some quarters on the status of the projects.

A detailed tour of the entire length of the road construction site of the Lagos-Sagamu expressway Tuesday and Wednesday by some journalists revealed that work was ongoing and steadily too.

From Mowe to Ibafo, a lot of construction work was ongoing on the major highway even as many access roads constructed by Julius Berger were busy with huge vehicular traffics.

A walk through an access road through Mowe community inward Lagos indicated that the cycle of nature, that is, the coming of the rains, also had affected the holding strength of the access road earlier created by Julius Berger.

“This slows down traffic movement and often leads to further congestion on the busy project site.

“Besides, it was observed that lay-bys constructed by the company to allow for parking spaces for commercial buses are readily abandoned by drivers who choose to pick and drop passengers on the major road, further compounding the gridlocks.

“The same was observed at Asese, Buildwell-Magboro and Magboro. Access roads constructed by Julius Berger to ease gridlocks on the major highway under construction have been subjected to abuses by heavy-duty trucks.

“The situation on these access roads have also been further compounded by the heavy rains, too.

“For anyone to say no one knows the date of completion of the project, it is falsehood. We are ahead of the planned and agreed timelines and the pace of work is fast and on schedule.

“It is the company’s professional responsibility that staff at the site work 7am through 6pm daily and nothing less as some commentators want the public to believe. Julius Berger have the personnel and equipment necessary to do the job as defined by our schedule and efficiency requirements.

“On work site, they start work at 7am and close 6pm daily. Since COVID lockdown started being eased, there has not been any public holidays. So the company work according to schedule even at weekends and Christmas season,” the company said.

The project manager also debunked allegations that Julius Berger never did any Environmental and Social Impact Assessment (EIA) to know the effect of the construction on the communities living along that area and how to mitigate it.

He said the exercise was usually done ahead of the contract approval.

He said in the case of the Lagos-Sagamu project, “the Federal Ministry of Works does such things before a contract is perfected.”

He also explained that traffic gridlocks on existing sections of the Lagos – Shagamu road project site was largely due to vehicular accidents and related breakdowns often occasioned by impatience and over speeding by motorists.

The project manager further stated that a team of traffic management experts and relevant security personnel comprising, Federal Road Safety Corp, TRACE, Police and military personnel, had always been handy apart from regular grading of the access roads to ameliorate the situation for road users.

The road traffic coordinator for the project, Solace Orlu, corroborated the foregoing.

He said, “The heavy traffic gridlocks currently experienced on the Lagos Ibadan Expressway can also be partly attributed to the daily curfew as part of the implementation of COVID-19 protocol by the Federal Government that is enforced from 12 midnight to the 4am on daily basis.

“At this time, the expressway is shut down at Warewa inbound Lagos, leading to heavy traffic inward Lagos in the morning.”

He also added that multiple road blocks mounted by the Police at Magboro, The Punch and Mowe and the Military road block at NASFAT, inward Ibadan, very bad state of articulated trucks leading to multiple vehicular breakdowns and road crashes due to over speeding on sections with wider and newly-paved road surfaces, resulted in avoidable traffic gridlocks on the road.

He further stated that palliative works were currently ongoing around the earth/alternative roads at Magboro to curb gridlocks.