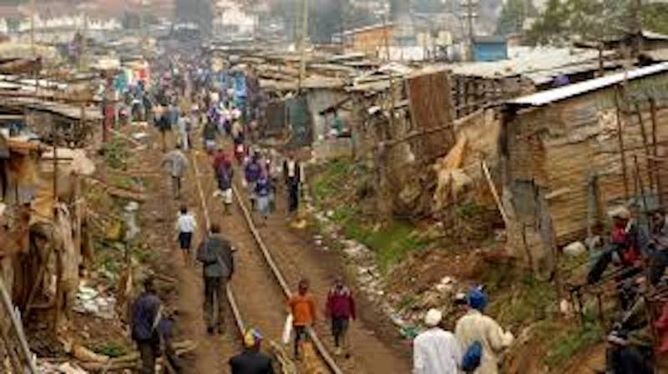 More than 80 million Nigerians are in extreme poverty, living on less than N400 per day (approximately $1).

This number represents 40.9 percent of the population.

The National Bureau Of Statistics (NBS) revealed this in its Poverty and Inequality 2019 report.

The report was released on Monday, May 4th, 2020, after a decade. With the latest figure, it means that an average of 4 out of 10 individuals in Nigeria live on $1 per day.

According to NBS, a sample size of 22,110 households, focusing on increasing the understanding of the living conditions of the Nigerian population were collected between September of 2018 and October 2019 to arrive at the official figure.

The sampling data focused on household and individual demographics (age, gender, marital status, among others), access to education, health and basic services, employment, assets, and income.

Toyosi Akerele-Ogunsiji, a Social Entrepreneur and Policy Advisor, says Nigerian government and policymakers should take note of the data in order to guide policy formation, planning & implementation, and resource allocation across sectors and demography.

Northern Nigerian is Poorest in the Poverty And Inequality Index

The headcount rate report shows the Northern region constituted 17 out of 20 poorest States with poor people.

As per the NBS national average, 15 states in the Northern region also fell into the poverty lines (those people in extreme poverty living below N137,430 per year).

The data excludes Borno as a result of the Boko Haram insurgency.

Sokoto state has the highest number of poor people in the country, representing 87.73% of the state’s population in 2019. Lagos State, on the other hand, has the lowest rate with only 4.5% of its population living below the poverty line.

With the current Novel Coronavirus outbreak, there is every tendency that Nigeria may fall deeper into extreme poverty.

The IMF recently granted a loan of $3.5billion, and the National Assembly also approved local financing of N850 billion to mitigate the effect of COVID-19 on the economy and its people.

Experts have called for the need to judiciously utilise the borrowings, else the country’s poverty rate will deteriorate.

The Nigerian Living Standards Survey (NLSS) is conducted by the National Bureau of Statistics.

It stands as the official measurement for determining poverty and living standards of Nigerians across states.

According to the report, the survey collected data on household and individual demographics, access to education, health, and basic services, employment, assets, and income.

The current NLSS is supported by the World Bank and is an improvement on the past reports.

Also, the food consumption module reduced from one month to seven days.

This is to ensure the accuracy and cost-effectiveness of collecting food expenditures data.

Eight killed as trailer collides with Bus in Anambra

Plenary proceedings of the House of Representatives for Thursday, December 9th,...

President Buhari is back from France