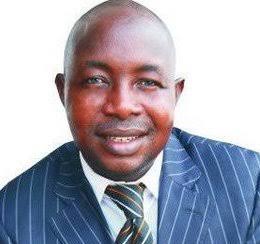 Serious and forward-thinking organizations all over the world invest huge sums of money in the training and retraining of their members of staff. The world is dynamic and knowledge gets obsolete within the speed of light which makes it imperative for a continuous learning exercise by professionals. It is even a practice in some multinationals to have their Nigerian and African workers get transferred to work abroad so that there can be a cross cultural transfer to them in addition to the world class knowledge that they will benefit from.

Global anti-graft agencies place a high emphasis on training as criminals get more sophisticated in the delivery of their sinister craft. Scotland Yard, Federal Bureau for Investigation (FBI) and many more have an annual budget running into hundreds of millions of pounds for the training of their officers which makes them on top of their game in cracking the most complex of crimes.

It is with dismay that I read a caption by an online newspaper certain online platforms which went thus: Fighting Corruption? EFCC earmarks N900 million for transportation, training. The caption smirks of sarcasm with the question mark after corruption.

The sensationalized caption seemed to suggest that it was corrupt of the EFCC to budget 900 million naira – less than $2,000,000 for the humongous task of tackling graft effectively is an unfortunate low of serious journalism and shouldn’t be taken seriously by discerning members of the public.

Anti graft battles requires a lot of money in the same manner as investigative journalism is not for the lean pocketed. Look at the recent expose – The Pandora Papers which indicted many powerful people and celebrities as well as some wealthy individuals. It took years of diligence by an international consortium of journalists – about 600 in number with the Premium Times being the only Nigerian publication and a lot of money was involved in the research. We see the furore that it is generating all over the world – the Prime Minister of Cote d’Ivoire is being heavily pressurized to step down from office and Peter Obi has been singing like a canary bird on Arise Television with a senior journalist, former Editor of the Independent Newspapers – Ikechukwu Amaechi defending him in his popular Vanguard column.

This is the power of investigative journalism which goes hand-in-hand with anti graft fighting. The reality is that they both cost huge sums of money as they are in public interest. A less than $2,000,000 budget for the entire year is even a paltry and miniscule sum as on some occasions it deals with cases running into hundreds of millions of dollars. The EFCC, in my opinion is even grossly underfunded to put it succinctly.

For the EFCC to be effective in this noble fight against corruption, the issue of funding must be critically addressed. It shouldn’t be at the mercy of the budgetary whims of the Executive if it is to win this war. This battle is too important for funding to be totally dependent on the executive and by extension the legislature as the latter approves the budgetary proposal of the former.

The EFCC should also have independent sources of funding, especially from the international community to aid its work. We recall with gusto of how the pioneer Head of the EFCC, Mallam Nuhu Ribadu was the darling of the international anti graft community which earned him several positive commentaries from the New York Times which is arguably the most powerful newspaper in the world and also funding from a plethora of sources. Based on his clout and charisma, he became a fellow of the highly prestigious Centre for Global Development in the United States when he was forced into exile by the late Umaru Musa Yar’adua administration.

We should endeavour to build sturdy institutions rather than strong men so that global goodwill will be the lot of the EFCC, irrespective of who sits at the helm of it. We recall the disaster in the White House called Trump who made a lot of gaffes that greatly ridiculed the world’s most powerful political office. Despite the insurrection which saw the mindless invasion of The Capitol Hill by some of his die hard supporters, democracy wasn’t compromised in Uncle Sam because they had solid and rock stone institutions. The Heavens didn’t fall when he was permanently banned from Facebook and Twitter as well as Instagram. We need a replication of such in Nigeria especially for the EFCC so that corruption and graft can be more effectively tackled.

The media should see themselves as active partners in the fight against graft and shouldn’t needlessly antagonize the agency for the mere sake of it. We recall that Nuhu Ribadu made a master stroke when he tapped into the media community by making Dapo Olorunyomi, Publisher of the nation’s numero uno newspaper for investigative journalism who made a name for himself as a pro democracy activist during the gory years of General Sani Abacha as his pioneer Chief of Staff. This strategic appointment made Ribadu the cynosure of eyes in the international community and enabled him gather a quantum of goodwill and cooperation by the foreign anti-graft agencies in Nigeria’s interest.

The media should learn to praise the EFCC when necessary as it serves as a tonic for them to do more considering the constraints that they work with. Are they expected to squeeze juice out of stones? As they grossly underfunded, there’s also the lack of adequate human capacity in the agency to effectively tackle corruption and crime. Enough of this asinine media mischief by screaming blue murder each time funds is allocated to the agency!

The EFCC under the pragmatic leadership of Abdulrasheed Bawa is doing its best to reduce corruption to the barest minimum so that Nigeria can achieve her full potential. The Fourth Estate of the Realm should join hands with it so that together, we will be assured of a better future for our generations yet unborn.

Enough of this yellow journalism!