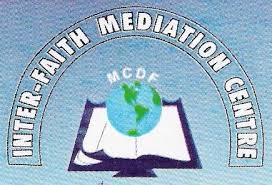 Interfaith Mediation Centre, Kaduna, has urged Nigerians to live in peace with one another and solve their problems through dialogue for peaceful coexistence in the country.
Its two Executive Co-Directors, Pastor James Movel Wuye, and Imam Muhammad Nurain-Ashafa, made the remarks on Sunday in Katsina during a press conference.
In his remarks, Pastor Wuye, said: “I am calling on Nigerians to exercise patience because their demands have been heard, and it is not what can be done over night.
“The President said the government is taking measures to address them. I know he is a man of his own words.
“If we disintegrate, we go into violence, there will be no country in the world that can accommodate refugees from Nigeria.”
In his statement, Imam Nurain-Ashafa said that “the Qur’an told us that we should fear conflict because the outcome will not stain only those who caused it.
“Today, we know that those young Nigerians who are peace-loving decided to use a peace process of protest to express their grievances.
“Unfortunately, instead of moving back and waiting for the government actions, they stayed on the streets and some people hijacked the process and the consequences are what we are seeing.
“We are appealing to them to sheath their swords and live in peace with one another.
“We are also appealing to the government to go into dialogue with various stakeholders and also identify those criminals who hijacked the process.
“As it has happened in Lekki, 22 people were killed in Zamfara.
“The government should take action on issues like these. It doesn’t have to wait for another protest from women groups, widows and orphans across the country before it will start taking action,” he said.
Nurain-Ashafa also said that the IMC team was in Katsina to complement efforts of various stakeholders in terms of proffering sustainable solution to the menace of kidnapping, banditry and other form of insecurity challenges.
He said that they have identified stakeholders in various communities from Batsari, Jibia and Safana local governments, and informed them on the need to be security conscious by engaging in community policing as part of the solutions.

Established in 1995, IMC has worked with more than 50 communities in Kaduna, Plateau, Kano and Bauchi and reached over four million people directly with conflict and peace-prevention programmes.