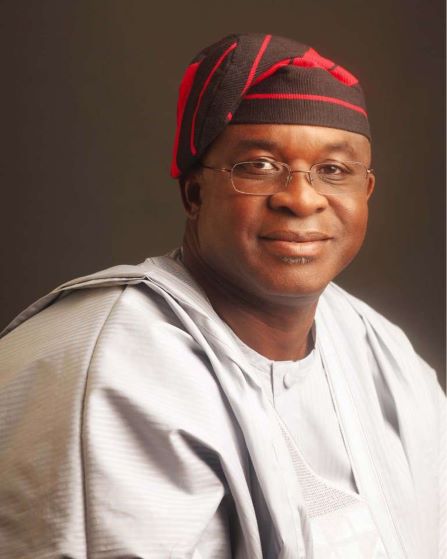 Former President of the Senate, Senator David Mark has tasked Nigerians to bury religious and ethnic differences and come together to establish a common front against forces threatening the peaceful coexistence among Nigerians.

Mark said it was time for all men and women of good conscience to rise to the occasion and proffer lasting solutions to the lingering insecurity that has enveloped the entire country.

The former President of the Senate stated this at a morning mass on Thursday at St Mulumba Catholic Chaplaincy, Apo, Abuja to mark his 73rd birthday.

Mark said Nigerians could no longer deny the current level of insecurity and disharmony tearing the country apart.

“Though we have different reasons to celebrate at different times, we cannot shy away from the present abnormality of insecurity and disharmony threatening the very foundation of our country.

“It is important for all of us to come together and fashion out a workable and equitable solution to end this menace.”

Mark said he believed that Nigeria would overcome the situation if the people and their leaders were willing to do the right thing.

Present at the mass were prominent Nigerians including the National Chairman of the Peoples Democratic Party (PDP), Uche Secondus, former Secretary to the Government of the Federation (SGF), Anyim Pius Anyim, former Chief of Staff to the President, Chief Mike Ogiadomhe, former Senate Leader, Senator Victor Ndoma Egba, SAN, among others.

Mark served as Nigeria’s Senate President from 2007 to 2015 and fondly remembered for his role in the enactment of “the Doctrine of Necessity,” that saved Nigeria from a major leadership crisis following the illness of late President Umaru Yar’Adua in 2010.

At 73, Mark said he was now an ambassador of peace in his home State Benue and Nigeria with a resolve to serve God and humanity.

Earlier in his homily, Rev Fr Vincent Iletogbe tasked Nigerian leaders to put the welfare and security of citizens at the centre of their policies and programmes.

Tell Akeredolu to watch it! By Bola Bolawole