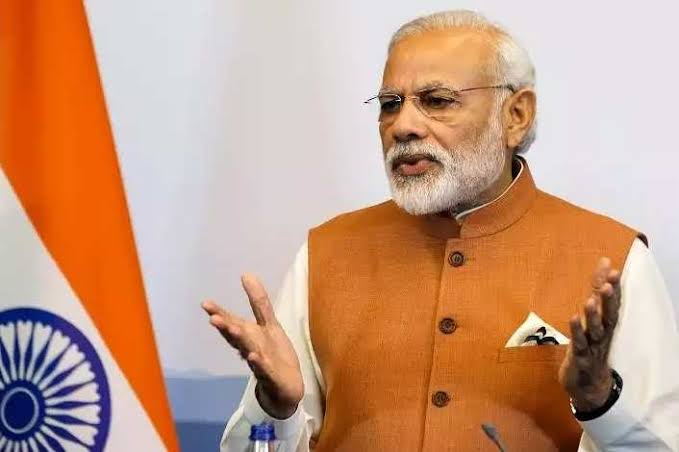 Indian Prime Minister, Narendra Modi has said the World has been asking the wrong questions since the end of World War II in 1945.

The Prime Minister, in his address on Tuesday, at the year’s Raisina Dialogue held in New Delhi but virtually broadcast across the globe because of COVID-19 as the international audience could not make their ways to India, said though humanity had faced many infectious diseases since the last global pandemic about a century ago, the world today was under-prepared to handle the ravaging COVID-19 pandemic.

He said: “Our scientists, researchers and industry have answered some questions: What is the virus? How does it spread?

How can we slow it down? How do we make a vaccine? How do we administer vaccine at a scale and with speed?

“To these and many other such questions many solutions have emerged. And no doubt many more are yet to come. But as global thinkers and leaders we must ask ourselves some more questions.

“For over a year now, the best minds of our societies have been engaged in battling this pandemic. All the governments of the world at all levels are trying to contain and control this pandemic. Why did it come to this? Is it perhaps because in the race of economic development the concern for welfare of humanity has been left behind.”

The Prime Minister added that: “Is it perhaps because in the age of competition, the spirit of cooperation has been forgotten. The answer to such questions can be found in our recent past. Friends, the horrors of the first and second World War compelled the emergence of a new world order. After the end of the second world war, over the next few decades many structures and institutions were created but under the shadow of the two wars they were aimed at answering only one question, how to prevent the Third World War?”

“In fact while humanity has not faced the Third World War, the threat of violence has not reduced in people’s lives. With a number of proxy wars and unending terror attacks, the prospect of violence is ever present.”

He said the right questions should have included: “Why do we have famines and hunger? Why do we have poverty? Or most fundamentally Why can’t we cooperate to address problems that threaten the entire Humanity?”

He said: “I’m sure that if our thinking has been along such lines, very different solutions would have emerged.”

He said it was not too late to start asking right questions, stressing that: “The mistakes and misdeeds of the past seven decades need not constrain our thinking for the future. The Covid-19 pandemic has presented us an opportunity to reshape the world order, to reorient our thinking. We must create systems that addresses the problems of today and challenges of tomorrow.

“And we must think of the entire humanity and not merely of those who are on our side of the borders. Humanity as a whole must be at the center of our thinking and action.”

He noted: “During this pandemic, in our own humble way, within our own limited resources, we in India have tried to walk the talk. We have tried to protect our own 1.3 billion citizens from the pandemic. At the same time we have also tried to support the pandemic response efforts of others.”

He said despite many constraints, India had supplied vaccine to over 80 countries, though the supplies had been modest.

17 people die in a crash on Lokoja-Abuja highway