* Minister of youth and sports calls for town hall meetings

The Inspector General of Police, IGP Mohammed Abubakar Adamu, has reaffirmed his commitment to the ongoing reforms in the Nigeria Police Force, especially as it concerns the activities of the Federal Anti-robbery Squad (FSARS) and other Special Tactical Units of the Force.

Force Public Relations Officer, Force Headquarters, Abuja, DCP Frank Mba, said the IGP made this known during a courtesy call on him by the Honourable Minister of Youth and Sports, Mr Sunday Dare on Monday, 5th October, 2020, at the Force Headquarters, Louis Edet House, Abuja.

Mba said the IGP called on the citizens to exercise patience as the reforms in FSARS were still in progress, noting that all the already announced measures aimed at checkmating a future occurrence of extra-judicial activities by some personnel of FSARS and other Tactical Units of the Force would be followed to the letter.

Mba said the IGP reiterated that some of the officers who had been found to be unruly and unprofessional in their dealings with the citizens, particularly the youth, had been arrested and were already facing disciplinary actions.

The Minister of Youth and Sports commended the IGP for his prompt response in tackling the issues and called for stronger collaboration and mutual understanding between the Police and the youth.

He also called for regular town hall meetings at the various State Commands, which would involve the Police Spokespersons, Civil Society Organisations (CSO) and other critical stakeholders to strengthen the synergy between the police and the citizens, especially the youth.

The IGP, while concurring with the Hon. Minister on the necessity for Town Hall meetings, a practice which he identified as a feature of community policing, reaffirmed the readiness of the Police, on his watch, to work with relevant stakeholders towards enhancing respect for the rights of the citizens and better bonding between the Police and the community at all times. 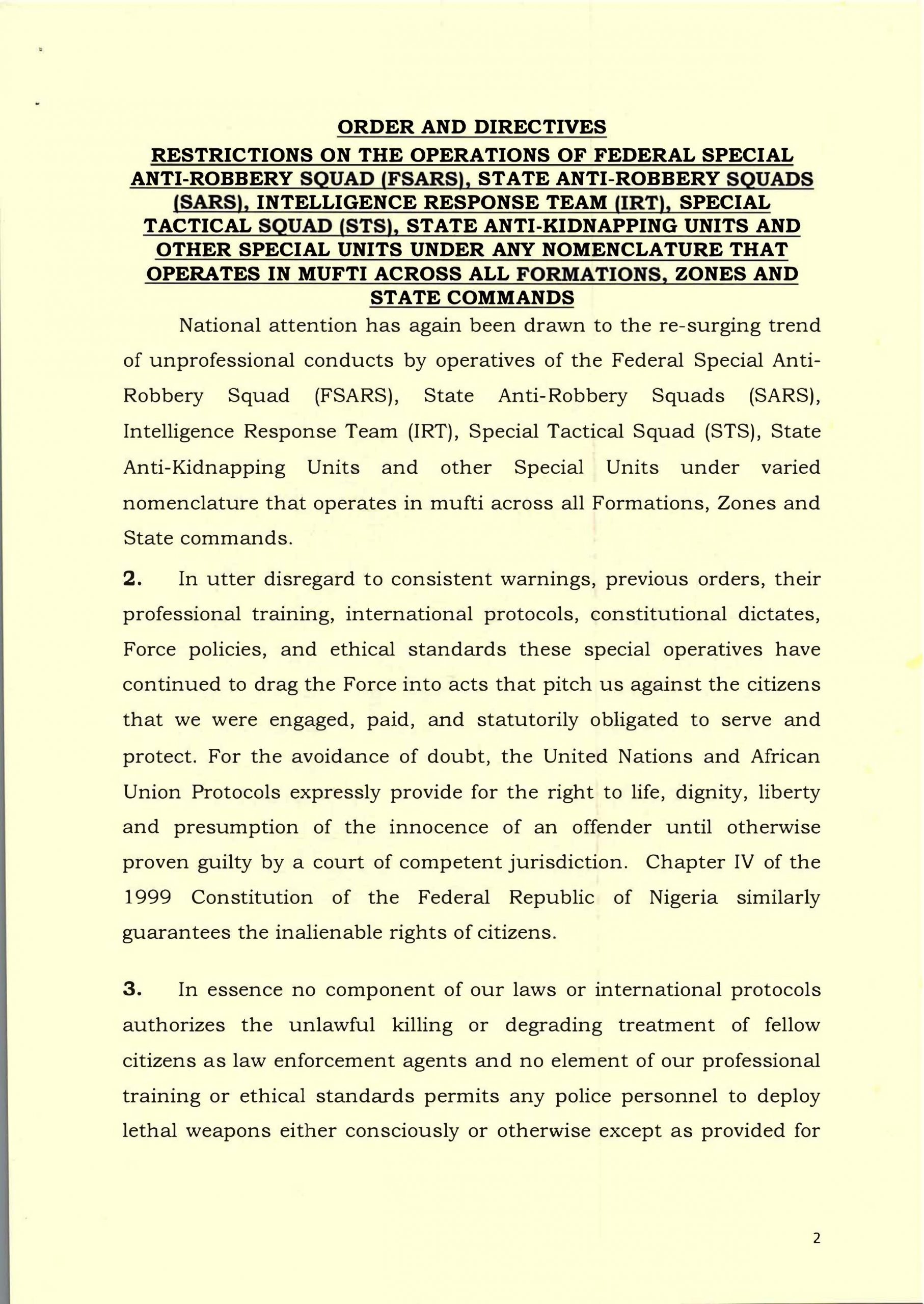 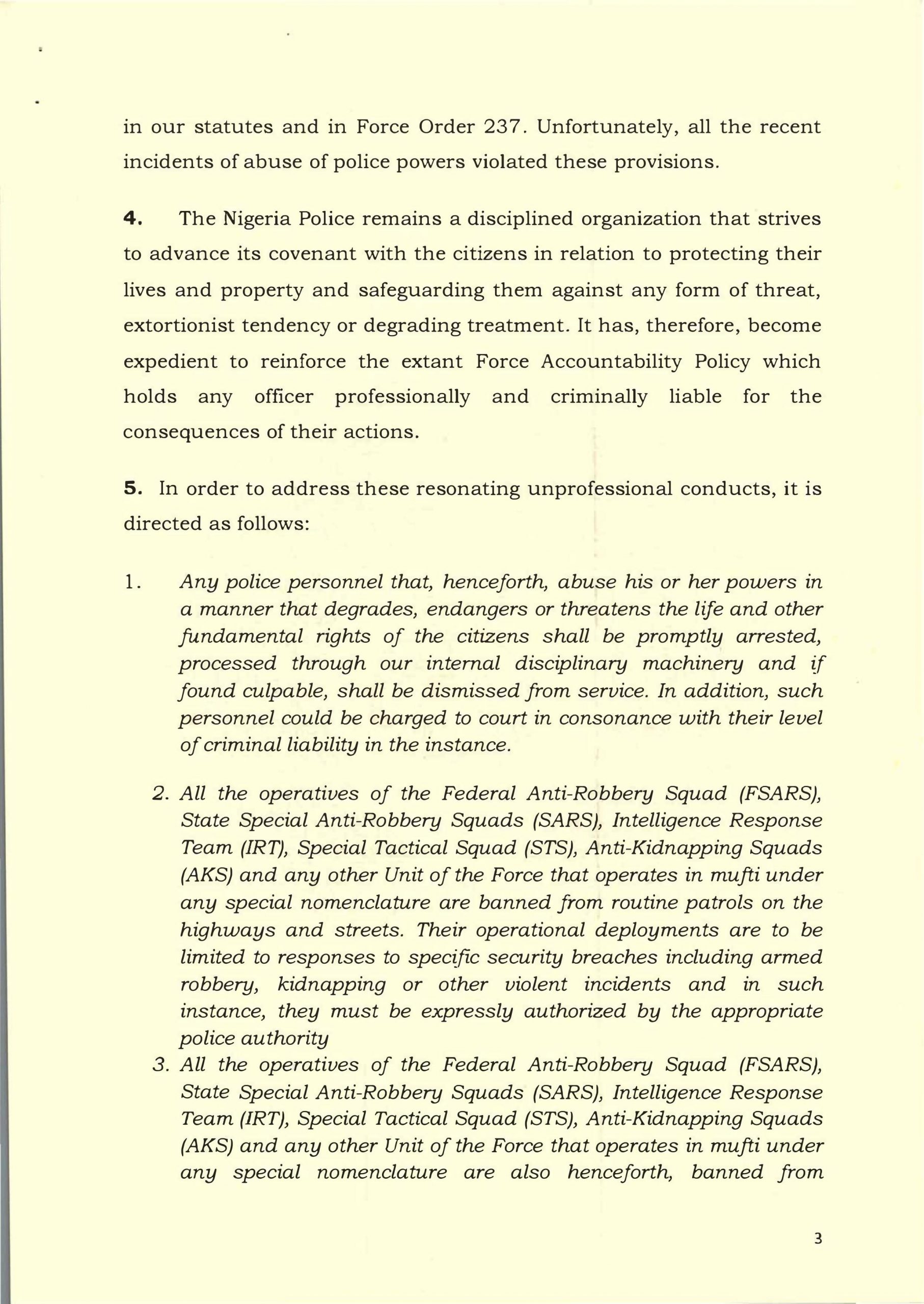 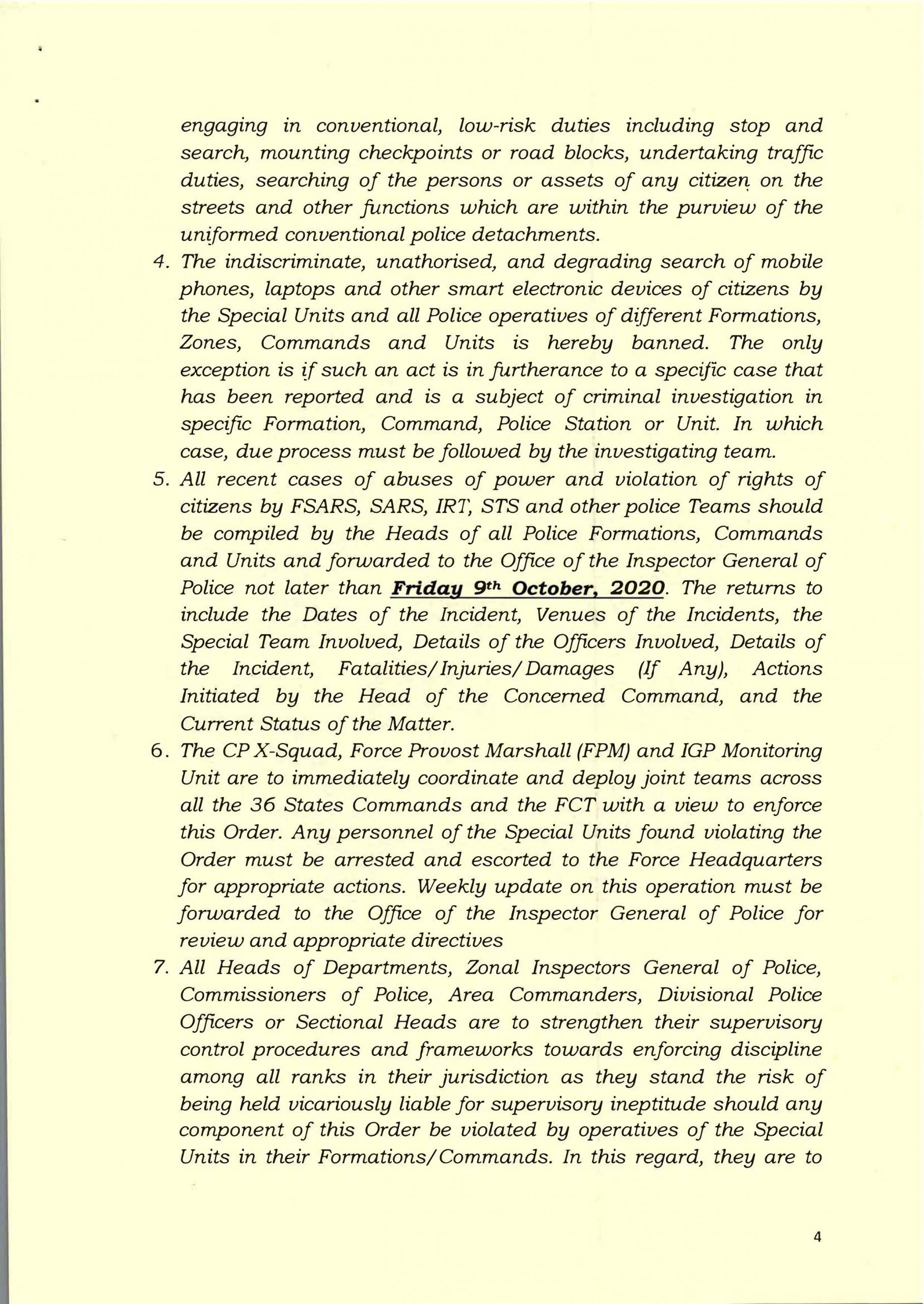 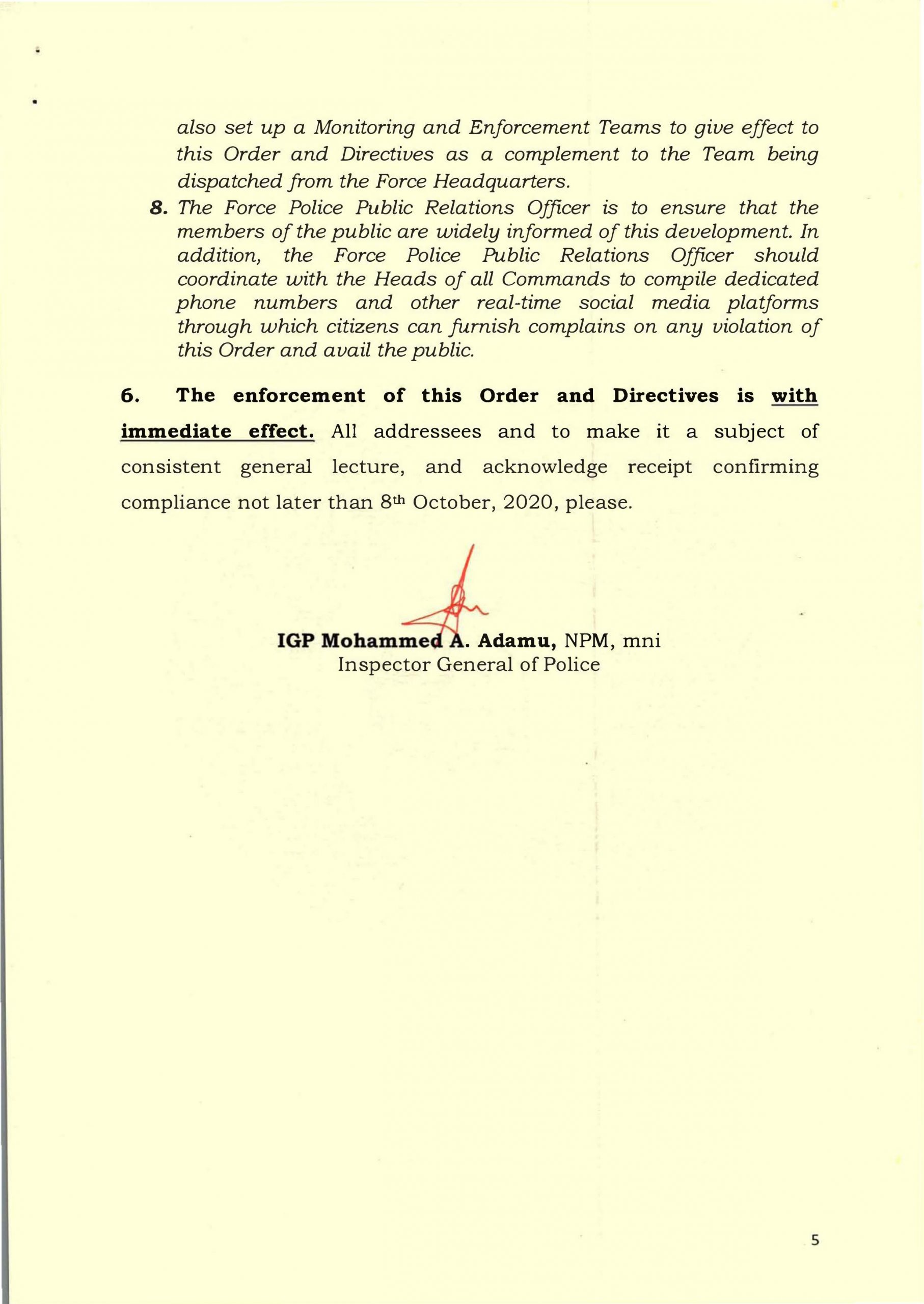 Varsity to students: “No nose mask, no entry” on January 18