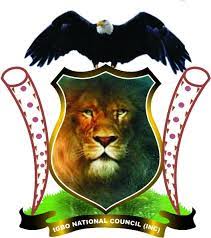 The Igbo National Council (INC) has appealed to Federal government to release all pro-Biafra activists held in detention centers and prisons across the country.

The appeal is contained in a statement jointly signed by the Council’s President, Chilos Godsent and National Publicity Secretary, Victor Emenike and made available to Newsdiaryonline on Sunday.

According to the statement, a recent survey conducted by the Council revealed that over 30,000 pro-Biafran activists were allegedly languishing in different solitary conferment and prisons across Nigeria, without trials.

“The saddest of it is that these Prisoners of Conscience (POC) did not commit any tangible offence that would warrant them go through the torture they are arbitrarily subjected to by Nigerian government,” INC stated.

The Council alleged that some women pro-Biafran activists had given birth in detention and the children taken to unknown destination by government.

“We wish to inform the Nigerian people and the world at large that many of the women among these pro-Biafran Prisoners of Conscience (POC), illegally held in different detention centers and prisons by the President Muhammadu Buhari-led administration, have given birth while in detention, and their children taken away to unknown destination, without their consent.”

The statement also alleged that the activists were subjected to torture by security agents and the women activists also subjected to sexual harassments, such as rape.

“Many of these illegally detained pro-Biafran activists are daily subjected to mental, psychological, emotional and spiritual torture by the Nigeria security agents on the orders of the Federal Government. We strongly suspect that the female among these detained pro-Biafran activists are regularly subjected to sexual harassments and rapes by their captors, while many of the men folks can no longer be accounted for as a result of dead while in detention,” the Council alleged.

It further claimed that the Federal government had released Boko Haram terrorists as well as Fulani herdsmen out of sheer show of favoritism.

“We note with anger that many Boko Haram terrorists and Fulani herdsmen arrested with arms for terrorist attacks on Nigerian people has long been released or swap. The above is a clear sign of injustice and unholy conspiracy orchestrated against the Igbo race in Nigeria by the sadistic President Muhammadu Buhari led administration.

“Consequent upon the above, the Igbo National Council (INC) therefore calls on the Federal Government of Nigeria and State Governments, where these pro-Biafran Prisoners of Conscience (POC) are being held to grant them Judicial Pardon before the end of October 2019,” the Council stated.