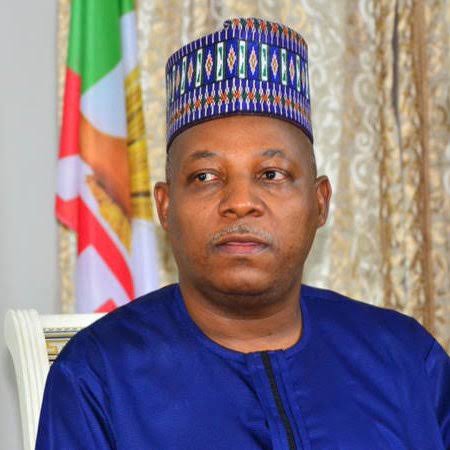 As a journalist of over two decades working experience, I have learnt not to stand on the side of any politician. I do not take side especially when they are at daggers drawn against each other. I do not even choose to be an arbiter or a referee, for the closer you are to the battle ground, the closer you get yourself dirtied by their mud-slinging acts.

Politicians are like husband and wife; they always have intersections where they settle their fights and it may be at the expense of those that were with them during the battle.

But I have to rest my “philosophy” at least for this once; the interview that opened Shettima for the attack was a gift to a friend, he felt he was doing me, above every other person, a favour by giving that interview having traveled from Abuja with the Arise Team for the interview; in fact, he had a few days earlier denied an interview that I sourced for ThisDay on the grounds that it was not proper considering the mood in the state.

He gave the interview this time round, feeling that he should not make the investment of Arise TV a waste and making me look as someone that could not get to influence a little thing despite my 15 years coverage of Borno State.

In my rating, the interview perhaps might go as one of the best by him and, if placed in the proper context, should be able to move a heart to find lasting solution to the problem of Boko Haram, which predates even his administration!

It is a great disservice to him for anyone to try to rubbish him or dent his personality on the basis of saying what any sane Bornobe or Nigerians would have said! I knew Shettima before he was elected Governor and knew Fannami Gubio too; they were perfect gentlemen What gave Gubio the nomination was the need to get the power within Sheriff’s family and nothing more! Sheriff decided on Gubio to placate the patriarch of his family, Galadima Shettima, who wanted the seat for Mala, his son. Sheriff knew it was suicidal to go with Mala but a better option for Fannami who was a cousin and from another Senatorial district.

It was however sad that such a gentleman was killed before he could be elected. Shettima was not the outright favourite after the death of Fannami; he had to slug it out with some other people; it was by providence that he was picked over others!

He was never close to the insurgents and throughout his reign as governor had to battle with them. Ask Shettima what was his greatest challenge and he would be quick to say Boko Haram. He could have been one of the greatest governors in terms of building “physical infrastructure”, but was restrained for a large expanse of his tenure. He even had a running battle with GEJ over the handling of Boko Haram and was very close to Buhari because he felt he was the solution to the problem of his people.

Even in the interview for which Shettima was maligned, he gave so much credit to Buhari over GEJ but only advised that modifications should be introduced in the fight. To me, the call for the change of service chiefs was not new. It was long overdue and was nothing big!

How has Shettima descended from being the darling of the “hailers” to becoming the cheerleader of the “wailers”. Any true patriot step is ordered by what is good for his people and not personal aggrandizement and it is on this basis, I stand by Kashim Shettima.

Olugbode is a journalist, he contributed this piece from Maiduguri

Igiode vs Uzanu: Re-fueling a declining crisis between brothers, By Tony Erha

FG promises succour for Nigerian students affected by volcanic eruption in St. Vincent and the Grenadines

Political “Yabis”is not the same as indictment, By Hajara Usman