Former Chair of Pension Reform Task Force, Abdulrasheed Maina, in excitement over Nigeria’s 60th Independence, has volunteered to assist President Muhammadu Buhari recover a whopping $10b in 30 days if permitted to deploy his expertise in the pension administration sector. 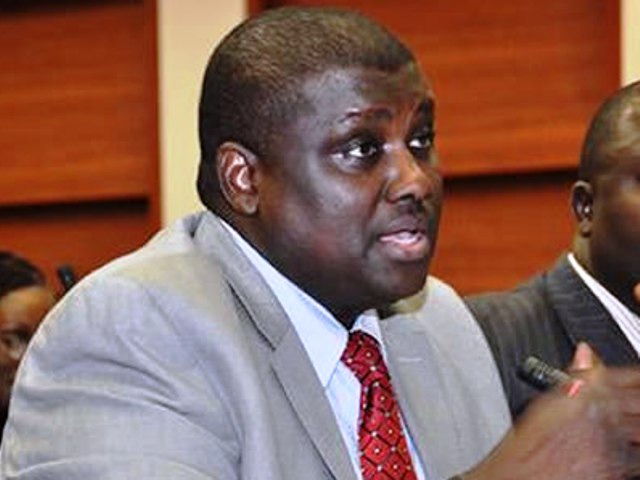 Claim: Readiness to use his technical expertise to recover not less than $10bn for the administration of President Muhammadu Buhari within 30 days…

Maina disclosed his commitment to the enterprise in a statement he issued, purpoetedly on his hospital bed where he is recuperating from a surgery,  in commemoration of Nigeria’s 60th Independence Anniversary.

According to the statement signed by Maina’s Media Aide, Aliyu Musa, the former Pension bboss was quoted to have said that he believed he could  help the Buhari administration recover these monies.

He said the monies could help fix infrastructure deficits, address fuel subsidy issue  and ameliorate the electricity tariff which would ultimately put the looming industrial action by Nigerian workers to a halt.

“Maina indicated that he is ready to start the recovery as soon as he fully recovers from the surgery he just had last week.

“The former Pension Boss further indicated that he can only make the recovery of the said funds directly to President Buhari, as he expressed fear that, the money may be re-looted if not properly managed.

Recall that Mr Maina was accused of diverting N100 billion of pension funds and is facing trial for alleged money laundering.

He is being prosecuted by the EFCC on a 12-count charge and is also accused of operating fictitious accounts and carrying out other fraudulent activities.

He went into hiding for almost two years after the EFCC declared him wanted.

He was arrested by the State Security Service in September 2019, alongside his son, Faisal, who was allegedly operating an account used to divert various sums of money, including N58 million.

Father and son were arraigned by the EFCC on October 25 on separate charges. Both pleaded not guilty. (TSJ)

Accountant General of the Federation queried over payment of N173bn without...