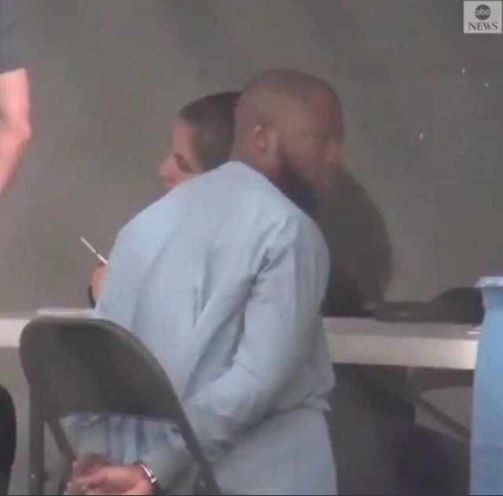 It is Ramon Abbas he bears. Even that name puzzles. Some reports anglicise his first name as Raymond. But it is Hushpuppi we know, poetic, lyrical and even symbolic. Hush implies silent, furtive, conspiratorial, shadowy. Puppy, in this regard, means playful like a week-old dog. That makes him a sly dog.

But then it has other origin stories. Some others date it back to the founding of New Orleans that gives the world Mahdi Gras, an unhinged carnival for pilgrims of pleasure. An immigrant woman invented a snack of a ball out of cornmeal and the city called it hushpuppy. Their own incarnation of akara. Even then, Abbas’ nickname is spelt ending with an i instead of a y.

The one picture that has trended of late features him in a shirt sporting a familiar brand Fendi. But another brand had been stalking him like a forest cat, slinking, longsuffering and calculating. It was a brand as counterforce: FBI. Nabbed in Dubai but caught in the United States, the sojourn of a colorful conman comes to an end. Behind bars, he will wear neither Gucci nor LV, but an orange top that will, at best, say INMATE.

Now he is no more Hushpuppi. He is now Abbas. He buried his real name in a casket of lies and deceit. He was reborn a glamour icon, one-named, abandoned home, and became a global Smart Alec. He was a man of means with no means of livelihood. He conquered cyberspace, dispossessed the gullible, stashed his global bank account, strutted the world, amassed dream cars, snored in palaces, dressed like a fop, preened like a peacock, seduced the young and befuddled the old.

He became a role model to a lazy generation that lapped luxury without labour. When he was caught, the FBI buried Hushpuppi and rebirthed Abbas. But where is the real Abbas though? Can he recognise Ramon again? He cannot. Like Sophocles’ Antigone, he “neither dwells among men nor ghosts.” He is in a dazed world, a wraith. He died twice; he is born again a jailbird, his third life. He was reckless. Now he is a wreck.

But Abbas is a tale for the moment, if in reverse. He was caught trying to denude a group of people in millions of dollars in palliatives in a time of the pandemic. Abbas is a picture of avarice at a time of sacrifice. He was flaunting his shoes, cars, mansion, parties at a time when many hid behind homes, suffered in hospitals, coughed in misery, mourned, or were mourned. He represented a heartless species when we were supposed to be our neighbours’ keepers, when many were suddenly whisked out of work.

When his fellow country folks lost their jobs, and men of means contributed their millions and billions to the poor, Abbas was a show-off. The thing with Abbas was no lockdown could stop his party. His extravagance was online. The world was his audience. He flourished and frolicked in real time and space, but his fans joined him virtually. His was a voyeur’s paradise. The young gawped and gawked, followed him, and commented. When they cursed, they did it out of smouldering admiration. He had come to represent a generation of Nigerians who did not trust their parents or their bosses or their leaders. They followed their greed. They followed Hushpuppi. He was a priest of a new goddess: money.

Abbas for them was a sort of escape. He had become the man who gamed the system and scored. All the stadia in the world applauded. They are like the character of the English novel Billy  Liar, a young man who lived in his imagination where he had attained power, wealth and glory, although he had nothing other than living from paycheck to paycheck. Abbas embodied that escape for them. They lived in Hushpuppi. They wore his Fendi, lived in his palace, flew in his jet, caroused his women, or were his women, they sat in the driver’s seat of his Ferrari and Lamborghini and Rolls-Royce.

Here fellow Nigerians had no chance to host Owambes. Weddings and birthdays and funerals have been pruned to parlors and backyards. It is a time for humility, and it was only proper that the man who countered it be caught and put away.

These days no one has anywhere to go with Gucci shoes. No first class tickets to buy to London and take pictures for online vanity. No one has a chance to pile pockets with dollars and pounds to spray a celebrant. Those with big cars cannot drive them to anywhere for displays. No extravagances for the Mephistophelean or the harmless show man. The worst we can do is dress up at home, and flaunt it to our child or wife or husband, like Miss Havisham in Dickens’ Great Expectation who dressed every day for years in her wedding clothes and died in it without leaving her home.

Those with special cars only warm their engines and drive around the neighbourhood. These times are revealing our material constipation. Abbas, the man of constipation, has now left the building, his bowels rumbling with faecal waste.

Things are upside down. Those who see churches and mosques as avenues for amassing wealth are crowing that they want people together but they are tempting the Lord. It is possible that Abbas had some of these men of God praying for him, and he may be taking from this stolen money to feather the house of God. It is an irony we have people like this thriving when we hear men of God preaching. The point though is that this is an age where the Word of the Lord is trading places with the wealth of the Word. Quite a few churches give precedence to material splendor. It is a different kind of hypocrisy from a war-time play Mother Courage where Brecht says, “Whenever there’s a load of special virtues around, it means something stinks.”

Abbas epitomises the Yahoo Boys, and his fall is their fall. It is a comeuppance for a tribe of desperadoes who have demonised technological genius. The new frontier of progress is also their front for fraud.

It is not for nothing that he has been associated with some of our big-name politicians, even if they had nothing in common. He has had photo-ops with a few of them. If he were not Hushpuppi but merely Ramon Abbas, we might not have seen such pictures.

But our politicians have one quality in common with him: impunity. Where leaders promise and turn back on their word, it is as bad a lie as a Hushpuppi popping up on a person’s email and asking for one piece of information and turning the email into an opportunity to stalk and destroy. They are the monitoring spirits of the internet. They get the person’s account and they empty it.

We also see our politicians take away our money when others have nothing. Fraud is now familiar terrain of politicians. To be a politician is to seek avenue for self-service, not service to all. But the arrest of Abbas is hope, but not enough. It shows even the new frontier can be stalked and the crime encircled and ended. Our people are not doing well enough to catch those who are well-off by wrong means. A few have been caught. We want more.

Abbas is caught today, and no one is hailing him. His audience is now jeering. He is like Jay Gatsby in Scot Fitzgerald’s novel. He acquires his fable of wealth to get back a woman, and buys a big mansion just like Hushpuppi. Every neighbour comes to his frequent parties but not the woman he craves. He eventually dies alone and poor. Everybody comes to his parties but no one goes to his funeral.  Abbas is alone now. So is Hushpuppi. Abbas looks on as no one comes to Hushpuppi’s funeral. Hushpuppi’s frozen eyes look without seeing as Abbas goes behind bars.

Safeguarding your personal and bank details, By Douglas Ogbankwa, Esq.

NNPC records 43% drop in pipeline vandalism in May

Now that our President has spoken, By Martins Oloja