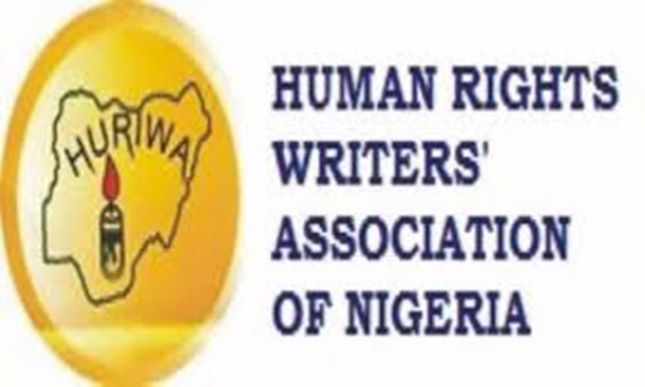 Human Rights Writers Association of Nigeria (HURIWA) has asked the Minister of Information and Culture, Lai Mohammed, to keep quiet if he cannot read and understand the simple essay by the Catholic Bishop of Sokoto Diocese, Dr Mathew Kukah.

Describing Kukah as one of the lovers of constitutional democracy, the rights group said that the minister was, as usual, very economical with the truth and went on the voyage of discovery when he misinterpreted the essay written in simple English language by the highly cerebral and globally celebrated intellectual.

HURIWA explained that Kukah had never in any way advocated violent overthrow of a democratically constituted government in Nigeria or anywhere else in any of his over 10,000 published essays.

The bishop had stated last week that there could be coup or war in the country if a non-Muslim becomes a president and does a fraction of what Buhari did.

HURIWA wrote: “Kukah only pointed out the obvious that President Buhari has consistently and continuously unleashed divisive and scotch-earth apartheid policies of divide-and-rule, nepotism and religious-cum-ethnic chauvinism and bigotry in all his appointments, especially to top internal security architecture, including the recent promotions in the Nigerian Police Force (NPF) in which the North got the significant percentage of all the promoted senior police officers, even as the South East was allotted just one top position.”

According to HURIWA, the entire internal security architecture, dominated by persons from one section of the country to the exclusion of all others, offends the Federal Character principle as provided for in the constitution and Section 42(1), which speaks to the issue of discrimination on the bases of tribe, religion or political affiliations.

The current administration, since 2015, has maintained the divisive posture of appointing only Moslem Northerners to head the police, Department of State Services (DSS), Immigration, Customs, Civil Defence, and especially all the strong defence positions in the military that command and control the largest number of troops and equipment, the group noted.

It added that some outspoken Northerners, including House of Representatives member in the Second Republic, Alhaji Junaid Mohammed, had condemned Buhari for nepotistic appointments into strategic national offices. (The Guardian)