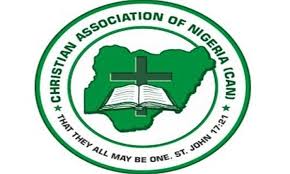 The Chairman of Christian Association of Nigeria (CAN) in Oyo State, Apostle Joshua Akinyemiju, has decried the hijack of the EndSARS protests by hoodlums, describing it as unfortunate.
Akinyemiju stated this in an interview with the News Agency of Nigeria (NAN) on Thursday in Ibadan.
He decried the way the otherwise peaceful protests by the youth had now turned bloody in some parts of the country, with both public and private property now being destroyed.
The cleric advised the protesting youth to withdraw from the street and re-strategise, adding that they should also give government time to take appropriate actions on their demands.
“They should put their demands on paper and present same to the National Assembly and all the state Houses of Assembly, with timeline for response,” the CAN chairman said.
Although the CAN chairman commended the Federal Government for the scrapping of SARS, he, however, said that this was not enough.
Rather, he stressed that the personnel, who would be serving in the newly-created Special Weapons and Tactics (SWAT) team, should be properly trained to respect human dignity and sanctity of life.
He also added that the SWAT personnel should draw adequate lessons from the misdeeds of the defunct SARS.
“It is the responsibility of everyone to stay alive. So in the wake of this crisis, Christians should ensure that they are safe at all times; they should also be careful with their actions and utterances.
“Christians are expected to be more prayerful at this time. They should also maintain adequate control over their children and wards,” he said.
Akinyemiju descried military intervention in any peaceful protest, saying that it was totally undesirable.

If only they would listen to Ortom, By Nathaniel Ikyur

Deductions on budget support facility to states commences in July –...