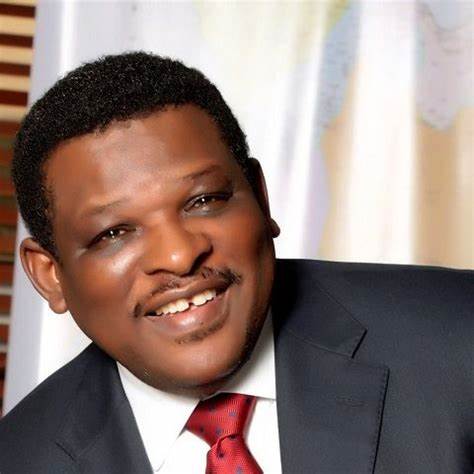 Skimming and scanning through the list of President Muhammadu Buhari’s ministers-designate, one would see therein the inclusion of two Agbas, to wit: Goddy Jedy-Agba and Clem IK Agba. The enclosure of these Nigerians who bear the same surname is one of the rare happenstances in life and in the constitution of this particular cabinet. Apparently unrelated by blood and ethnicity, Goddy and Clem have the good fortune of coming into the cabinet with surnames that are the same in spelling even if they are, as expected, different in meaning.

Although, Goddy is from Cross River state while Clem is from Edo state both within the South-south geo-political zone, yet they share a few things in common on other fronts. For instance, they are both princes of their respective kingdom. Goddy was born into a royal family in Obudu by His Royal Highness Uti J.D. Agba while Clem was born into the family of His Royal Highness, Pius Kadiri Ikanade Agba – the Oliola of Uzanu in Etsako East. They thus bring their blue bloods into the cabinet.

To boot, they are both technocrats with track records of achievements in their fields of interest. Interestingly, both men have been “big players” in the very lucrative oil and gas sectors of the Nigerian economy. Therefore, there is a comical sense in which both could be referred to as oil “Sheiks”.  Goddy worked for the Nigerian National Petroleum Corporation (NNPC) where he retired as Group General Manager (GGM), Crude Oil Marketing Division (COMD) while Clem has been in and out of work for Chevron Oil.

Clem’s last position was Manager, Community Procurement Operations at Chevron Oil from where he was tapped for appointment as a minister by President Buhari. But before his appointment as a minister, he had gone on leave of absence in 2009 to serve as a Commissioner in the Ministry of Environment and Public Utilities and later in the Ministry of Lands, Survey and Housing in Edo state in the government of Comrade Adams Aliyu Oshiomhole.

By way of salutary digression, Clem, as a commissioner in charge of Environment and Public Utilities, championed the urban renewal and construction of drainage infrastructure to combat erosion menace in Edo state. He was largely instrumental to the conceptualization of the Benin Water Storm project to deal with the perennial flooding problem in the state capital. He reformed waste management and ensured beautification of the Ring Road; and, addressed the issues of defacing, slum settlements and chaotic traffic flows in urban centres, particularly Benin City. He was also credited with coming up with sustainable forest regeneration initiatives.

At the Ministry of Lands, Survey and Housing, he set up the Edo Geographic Information Services (EGIS). These were in addition to his being the chairman of Edo State Tenders Board (2009-2012) and his numerous contributions as a member of Edo State Economic and Strategy Team that was then under the headship of the current State Governor, Godwin Obaseki. Apparently, Clem has under his belt solid experience in both the private and public sectors and can then boast of his readiness to engage with the intricate working of executive implementation and supervision of policies and programmes.

Clem’s landmark achievements in Edo state constitute his enduring legacies. Analytical and very resourceful, his capacities and possibilities were attested to on the occasions when Edo State Government episodically briefed the Edo people on its activities.  He was always a cynosure of all eyes for his erudition so much so that a former governorship aspirant in the state, architect and neo-scholar, Dr Austin Emuan, once lauded his creativity and industry.

For Goddy, with his exposure to the dynamics of public finance management in the NNPC, one can safely surmise that in him the president has a brilliant and sharply-focused minister-designate who could, without thinking twice, given his obvious experience, be picked for the critical petroleum portfolio. While in charge of Crude Oil Marketing Division (COMD) as GGM at the NNPC, he was, among other duties, responsible for liaising with Crude Pricing and Technical Evaluation Section on Price Movement and other input data for market reports.

As Head of Gas/Gas Liquids/Condensate Sale, before he was elevated to the position of GGM, COMD, Goddy was responsible for letters of credit administration, credit control claims and documentations (including documents of oil lifting and payments, reconciliation of all credits-demurrage, debits, penalties and interest charges). He took part in tripartite reconciliation with CBN/FAD/Commercial Division to ensure uniformity of sales and receipts; and undertook the supervision of re-test of condensate, LPG, LNG and gas samples for quality control, including, specifically, investigation and assessment of demurrage and loss claims as well as coordination and supervision of credit control and claims.

Indeed, both men (Goddy and Clem), with solid experiences under their belt, can very well pass for utilitarian technocrats that will offer the marked seriousness and commitment to effective service delivery by government in the next four years, which are critical to President Buhari for building enduring legacies. The resourcefulness of both ministers-designate in the oil sector can be harnessed either as a tag team to address the contending issues in the sector or through inter-ministerial synergies and the complementarities of special purpose committees for holistic solutions to identified issues.

Besides, the princely duo should be expected to commit greater effort to effective service delivery than the dyed-in-the-wool politician-ministers who may be more interested in deploying their offices in bolstering their political interests in the build-up to the 2023 general election. In the circumstance of mitigating the expected pressure between delivering on set-mandates and satisfying the diktats of vested political interests, President Buhari would do well to set his eyes on the likes of the two Agbas and a few other technocrats in the cabinet to handle specialised ministerial portfolios that are critical to national development and to the institution of accountability in leadership in terms of measurable infrastructure development and achievements.

For Goddy and Clem, the consensus among close watchers of the politics of ministerial appointment and assignment of portfolios is that, given the validation of their backgrounds and performances during the Senate screening and confirmation hearing, they could be deployed in driving the critical sectors of any of petroleum, power, works, housing and environment portfolios. As individuals who crave the institution of excellence in public service and from whom much is expected, they must put their nose to the grindstone.

Interestingly, while both of them did not study engineering or any oil and gas-related courses in the University (Goddy obtained a first degree in International Studies and a second degree in International Law and Diplomacy; Clem obtained a B.Sc degree in Economics and two Master of Business Administration degrees (one in management and the second in Supply Chain Management), they thus communicate a fact that there is something unique about their Intelligent Quotient (IQ), to wit: the power and capacity to adapt and focus on areas of interest for self-actualisation, achievement of corporate goals and benefit of humanity.

A Clarion Call on the State and Federal Governments to Do...

TWO CORONATIONS AND ONE WEDDING, By Dele Olowu